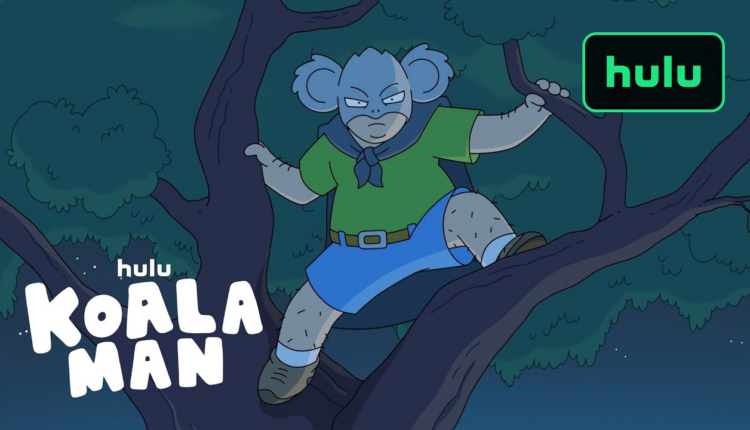 Athletes from all throughout Australia compete in the handball Olympics, known as The Handies, in Koala Man Season 1 Episode 6. Dapto is in charge of the lighting ceremony this year despite the fact that they haven’t won The Handies in years. However, Vicky is optimistic about this year because they have a solid team. Maxwell, though, has his doubts and thinks the village is cursed.

The village gathers to decide what to do when the Dapto squad unintentionally sets itself on fire while igniting the torch. Huge Greg, Big Greg’s brother, shows in to boast about his squad. The world’s best handball players are allegedly the Big Smoke twins.

But Koala Man isn’t going to give up on Dapto. According to the rules, they have 24 hours to locate a new squad, therefore Koala Man will organize and manage one.

Kevin is also concerned that Alison no longer likes him. Vicky asserts that she is simply undergoing several changes. Maybe all they need is some quality time.

Koala Man makes an effort to motivate students at Dapto to try out for the team. He observes Alison and Liam’s unexpected handball prowess when she lobs a ball at him. Everyone applauds her when she is selected. She might have another opportunity to gain popularity at the Olympics.

Vicky begins to question whether the area really is cursed as Liam and Alison struggle to win their first game. Spider attests to this. According to the Dapto Sick Sunnies Legend, the Dapto gods once created a lucky amulet known as the Sick Sunnies of Dapto. It brought the town luck for many centuries. However, someone smashed them, and ever since, Dapto has been cursed.

According to Janine, the gods are still present at the mountain’s summit. Vicky decides to break the curse in order to prevent Dapto from losing handball once more.

Huge Greg’s boasting is becoming intolerable to Big Greg. He slips Alison something to improve her performance since he needs Dapto to triumph. She does become more skilled at the game, but she also turns into a dingo.

At first, Kevin believes that Alison’s transformation is something Vicky intended him to embrace. Then, however, Big Greg appears and informs them that Australia has been experimenting with human/animal hybrids for years. He once collaborated with Huge Greg on a performance-improving gene program. For their experiments, they caught the best possible animal specimens.

He and Big Greg once reeled in the most exquisite fish Big Greg has ever seen. Huge Greg was enraged when he confessed his love for her. They clashed, and the lab (and the fish) blew up as a result. Big Greg promised he would never exploit their discoveries once more—until now. He is eager to exact revenge on Huge Greg. After the Handball Olympics, he can also turn Alison around.

Huge Greg learns about the drugs, but he is reluctant to expose them. It transpires that he also uses leftover medications on his squad.

The twins are the next adversary for Liam and Alison, but they are now also dangerous animal hybrids. There is no cure for Alison, Big Greg admits he lied. Koala Man decides to speak with Alison as a result.

He informs her that he had hoped that they would connect through this competition. There is no one he would prefer to have as a daughter despite the fact that she has changed so much and he is aware that being her father is difficult. She charges at him, but not to rip him apart, but to hug him. As a result, she transforms back into a human, but she and Liam now have to battle animal hybrids.

Vicky meets the god of reaching your potential when she and Janine reach the world of the gods. She expresses to him her desire for Dapto to triumph. With the curse on the village, she believes they cannot.

The curse, says the god, is a metaphor. If we have the courage to attempt, we can end the cycle. Then he informs her that she can always end her own cycle. She stops him as he leans in for a kiss. Greg cannot be changed, but she will make an effort to reach her full potential.

She finds that the world of the gods has boxes of Sick Sunglasses, so she brings some back to Dapto.

Before Vicky shows along with the gods and throws sunglasses down to all the Dapto dwellers, Liam and Alison are going to lose horribly. The twins are set on fire by their stare, and Dapto wins The Handies.

When Big Greg confronts Huge Greg, he learns that Tanya the fish has been with him all along and that they have a large number of children that are both human and animal hybrids.

Read More:7 Japanese Thrillers Coming out In January 2023 that You Should Watch!

Koala Man is optimistic for Dapto’s future. The Kookaburra, however, stands back and observes Dapto’s joy. Now that he has access to the Greg brothers’ medicines, he will undoubtedly abuse them.

I’m quickly beginning to love Vicky as a character in this odd show.

Koala Man has been developing a significant character journey since the first episode, when she learns she can take care of herself, for discovering her potential and self-worth. Hopefully that storyline doesn’t end here and she continues to advocate for herself.

Episode 9 Recap and Review for Season 6 of “Young Sheldon”

Episode 2 of Season 2 of “Poong the Joseon Psychiatrist”: Release Date, Time & Where to Watch!