The Simpsons season 34 episode 12 opens with an unknown person seeing the Simpsons family vlog online. The family is actively involved in vlogging. They are shown showing the audience around their new home in the first video. The man watches yet another Simpsons video, which sheds light on how the family’s internet fame grew from their first, which was focused on Lisa’s childhood stage anxiety.

The Simpsons’ evolution into a vlogging phenomenon is further explored in Martin Prince Jr. The action-packed antics of Lisa and Bart are the main emphasis of the video.

The man selects a Millhouse video titled The dark side of the Simpson family. In every Simpsons video, Millhouse admits that he was the one operating the camera. In the film, he recounts how the family became monsters as a result of the pressure to produce content and their need for money, concluding that the entire charade was really a publicity gimmick. 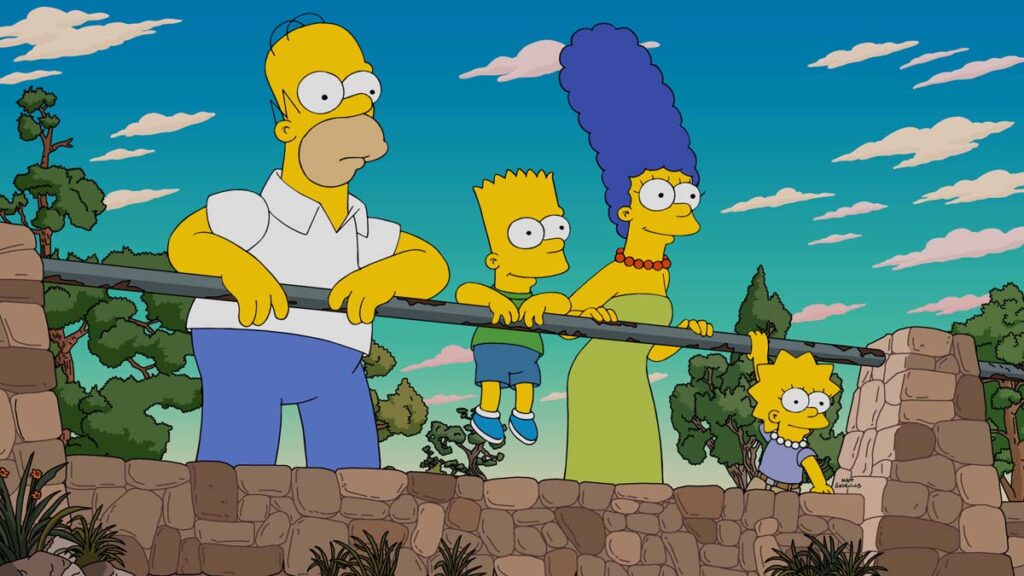 The following video is a podcast called Homer Sucks with Lenny, Carl, and Moe where they talk extensively about Homer. The Simpsons promise to soon produce a film to address all the controversies surrounding them in the video that is posted below.

According to the video by Professor Frink, the Simpson family has been gone for nine days. He dissects the events that might have contributed to the family’s disappearance in his video blog. Nelson and Shauna are two of the vloggers who have discovered the Simpsons’ hidden mansion. They break in and find that the family has been hiding out there.

In the video that follows, Opal conducts an interview with the family. They tell how their door accidentally locked, leaving them stranded. The family began reuniting after losing all access to the internet, and they eventually understood that being online is just a way to escape the real world and not a way to live. It turns out that George R. R. Martin was the one who was watching the recordings in the end.

Read More: Cutie Pie 2 You Episode 1: When It Will Be Released, What Time, and Where to Watch It!

The most recent Simpsons episode is a perfect parody of contemporary culture. The climax moment makes up for the episode’s seeming lack of progress. It’s debatable if the plot can be described as humorous, but it’s undoubtedly an interesting and thought-provoking viewing.

Even though this season’s episodes of The Simpsons weren’t all that amusing, they were unquestionably creative. The most recent is not an exception.

Review of Episode 6 of the Korean Drama Trolley!