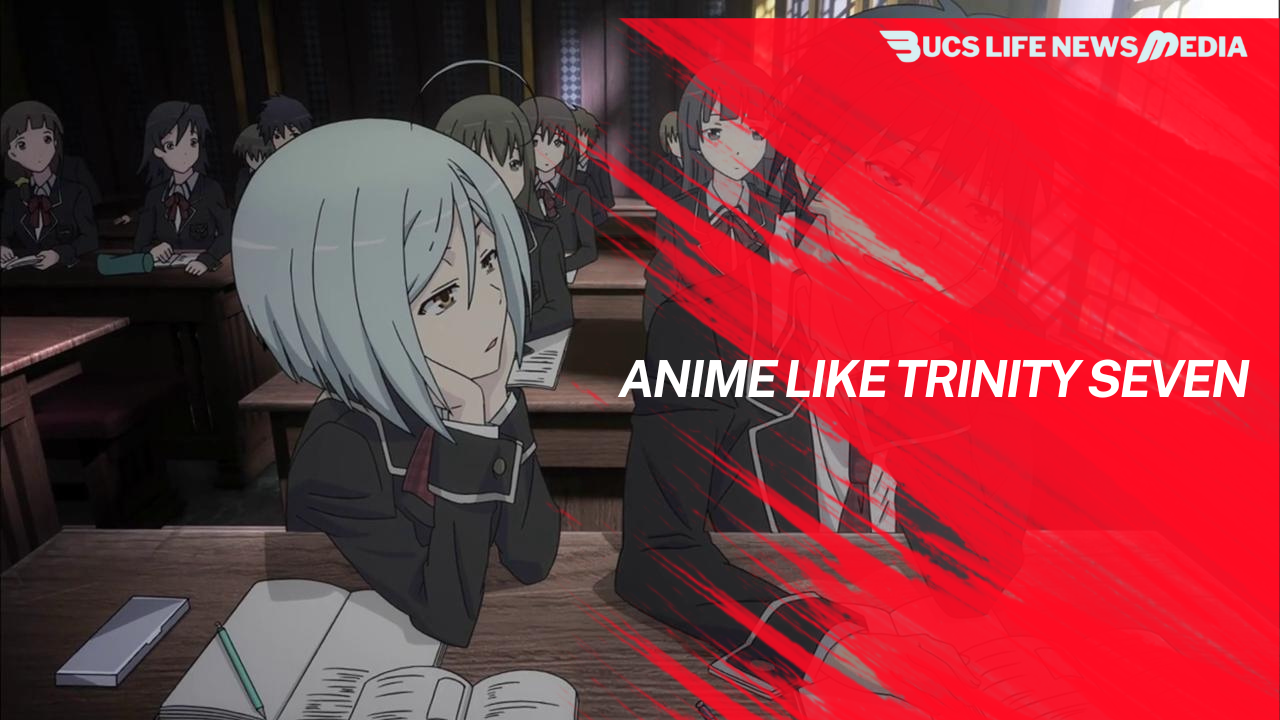 Anime has the perfect material for us to satisfy our needs from time to time to satisfy our secret perverse cravings. For obvious reasons, the Ecchi or Fanservice anime subgenre is very well-liked. To put it simply, it means sexy or impolite. One such anime I enjoyed was called “Trinity Seven.” There is plenty of filthy stuff, a solid plot, intriguing characters, etc. One day, the Black Sun emerged, obliterated Arata Kasuga’s city, and kidnapped his cousin Hijiri, shattering his peaceful and routine life.

Kasuga receives a grimoire from Hijiri, who asks it to guard him before vanishing. Kasuga begs the grimoire to save his town, and it answers by giving him the appearance of living a normal life, causing him to lose track of what transpired. The event is investigated by a magician, who instead discovers the illusion. As a result of her intervention, the enchantment is broken and Kasuga remembers what happened, but the grimoire still informs him that Hijiri is still alive. For the purpose of rescuing his cousin, Kasuga resolves to enrol in the Royal Biblia Academy and learn magic.

Here is a list of anime that we think you might enjoy if you enjoyed Trinity Seven after we’ve briefly refreshed your memory. You can view some of these anime on Netflix, Amazon Prime, or Hulu, such as Trinity Seven. 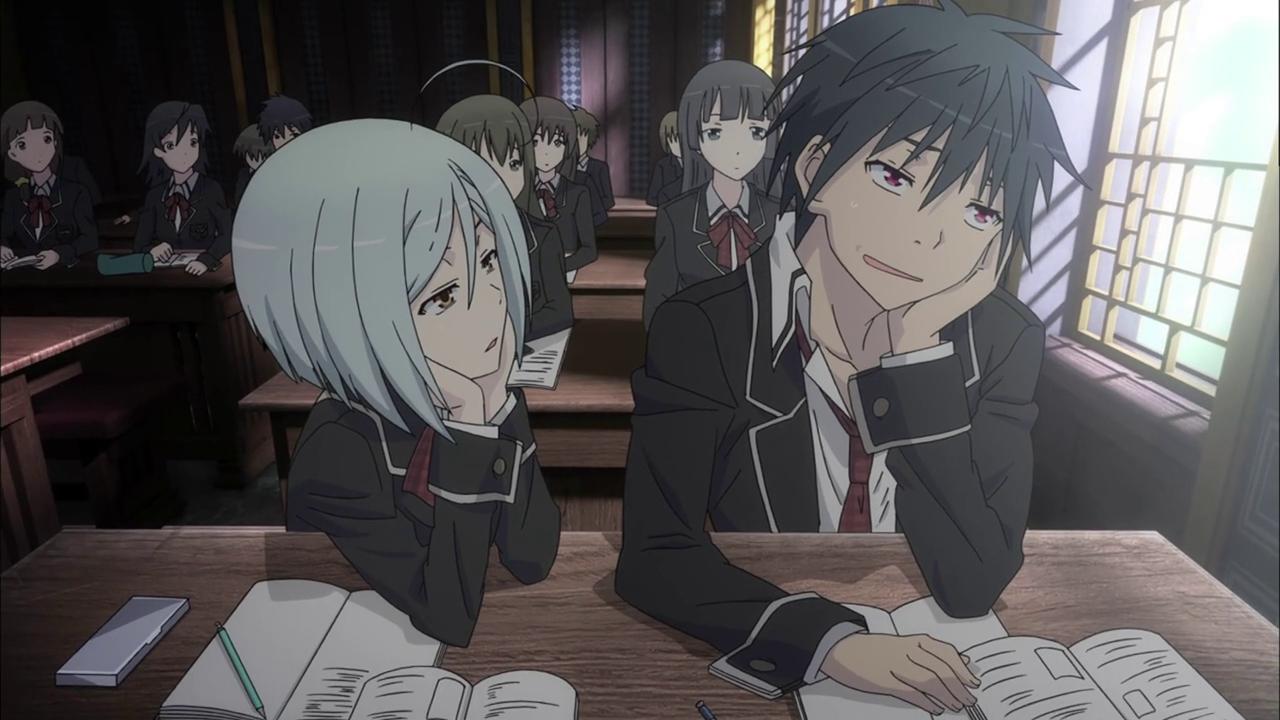 Ecchi-style animation “High School DxD” is a hit. Issei is the one we are dealing with here, and he spends his time gratifying his wicked nature. His long-term goal is to own a harem. He meets a girl one day who requests a date. The girl, it turns out, is a fallen angel who desires to kill Issei. But a gorgeous senior named Rias, who is a top-notch devil, is to blame for his reincarnation as a devil, and Issei must now serve her. His once carefree existence has suddenly evolved into a perilous war with demons, but not without some kinky fun. He might take pleasure in living the ecchi way of life.

Our protagonist in “Saijaku Muhai no Bahamut” is Lux, a former prince of the Arcadia empire. He ultimately enters a female bathing area outside the law and encounters the reigning princess in all her naked beauty. Incensed, she issues a duelling invitation to him. In the end, he enrols in a school for royal women where he receives his education and prepares to become a drag knight. The show is jam-packed with sexy material, such as upskirt shots, exposed women’s assets, and other things that make us want to watch it. 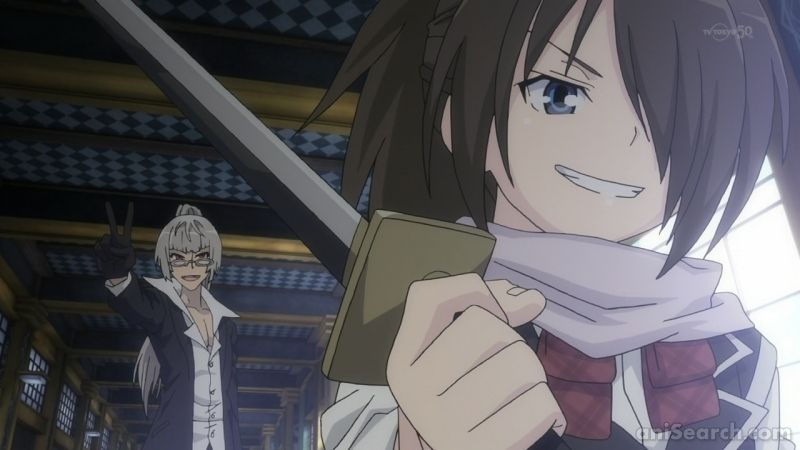 Watch “Strike the Blood” if you’ve ever pondered whether a plot with such a sombre tone could be made twisted and humorous. In Itogami, a district full of demons, it relates the tale of high school student Kojou Akatsuki. After a certain incident, he gains vampire-like skills. Later, he learns that he might possess the powers of a mythical vampire called a primogenitor. As a result of the threat he poses to society, he has been invited to team up with Yukina, a hot warrior who will murder him if he starts acting strange, beginning his ecchi adventure.

The only other man in the world who contracts with spirits is Kamito Kazehaya, an Elementalist. It has been 1000 years since there has been such a phenomenon. Contracting with spirits is a skill that is only available to women. Because of this, he receives an invitation from the Areishia Spirit Academy, where girls and women are taught the skills necessary to become elementalists. Man! Why do boys keep showing up among so many gorgeous women? I wish to appear in an anime about Ecchi.

Tor Kokonoe’s journey to becoming a peacekeeper is told in the novel “Abusory to Duo.” He must enrol in Koryo Academy to do this, where pupils receive training in using the Blaze weapon. The reason Tor differs from other students—whose Blazes are melee weapons—is that his weapon is a shield. He is paired with Julie Sigtuna, a stunning silver-haired woman, with whom he should train and combat after advancing past the entry-level battle. Additionally, they both share a room. Why doesn’t the real world experience this? When his father gets remarried, Basara Tj’s life changes. The two stunning Naruse sisters, Mio and Maria, make up his new family. However, they are not as simple as they seem. The sisters, who at first seem adorable, are actually demons. Basara’s affiliation with the competing hero clan makes matters worse. Basara has taken over as Mio’s master when Mia attempts to exploit him by making him her slave but fails due to Maria’s error. Due to this, he encounters several inappropriate situations.

Another anime in which the male lead finds himself in a school full of attractive girls is this one. Earth after an impact event serves as the scenario for this anime. Most of the major cities in this region have been destroyed, and people with extraordinary abilities known as Genestellas have appeared. There are Genestellas trained in Seidoukan Academy. Ayato enrols in the college in an attempt to locate his sister Haruka, but instead, he is challenged to a duel by Julis, who he unintentionally notices changing. Something similar was inevitable, as we all knew.

Although I am aware that we are discussing anime of the Ecchi subgenre, this one too has an odd plot. The plot appears to be quite typical at first. Disasterous occurrences called “space quakes” are sporadic and frequently result in loss and death. This makes them a danger to people. When ghosts strive to appear in this realm, Shido Itsuka discovers that they trigger these earthquakes. He must make them fall in love with him in order to seal them with a kiss. You heard me, I’m sure.