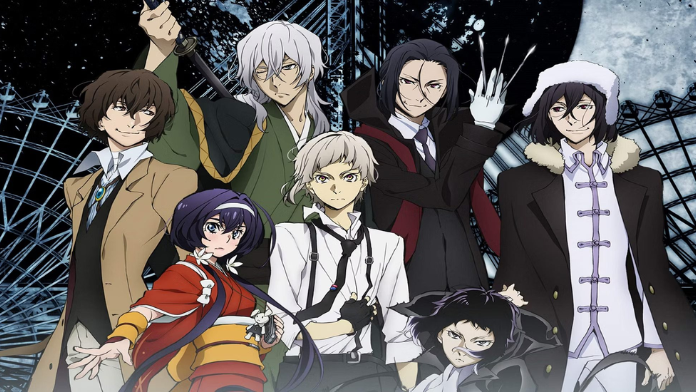 In the first episode of Bungo Stray Dogs season 4, a teenage Fukuzawa, who works as a bodyguard, is plagued by the victims of an assassination purge. He receives a call from someone inviting him to join them, but he makes it clear that he would never again collaborate with anyone.

He discovers a crime scene and knows who the victim is. He makes the decision to offer his sympathies and walks up to her secretary, who is busy conducting an investigation since it appears the murderer intended to either take or destroy certain documents. Fukuzawa offers his assistance, but the secretary reveals that they already have the murderer—a toddler named Oda.

Oda is known to Fukuzawa as the young and notorious assassin, and he is curious as to how he was apprehended. Before he can further investigate it, a stranger enters and demands a certificate for work that was performed by him. The mysterious man turns out to be Ranpo, a 14-year-old who approaches and demands the certificate the victim agreed to give him. He chitchats with the secretary and uses the wind to locate the object he was seeking, all the while concluding that the secretary is the murderer and that he recruited Oda to serve as a scapegoat.

Oda tries to flee after learning that he is being held in custody for a murder that he did not commit. Oda utilizes his skills to go through Fukuzawa and kill the secretary as payback despite his attempts to stop him.

Fukuzawa storms off in rage because he can’t believe how quickly things have changed. Ranpo goes to the restaurant with him. He questions Ranpo, who explains how he came to the conclusion that the secretary was the murderer. He also discusses his departure from the police school and his independent investigation of crimes with Fukuzawa.

Fukuzawa merely hands him his card and advises him to contact if he ever feels threatened before trying to depart. Although Ranpo appears unhappy, he calls him and asks for assistance because he is jobless and homeless.

In addition to promising to obtain him a job there, Fukuzawa decides to let him accompany him on his next expedition. They travel to the theatre, where he is meant to apprehend the assassin V who is planning an actor’s murder. Despite knowing that she is lying, the owner acts as though Ranpo is a member of the crew. He observes her and informs Fukuzawa that neither he nor the cops have her trust.

Ranpo finds it perplexing that Fukuzawa doesn’t care and keeps working. They speak with actor Murakami, who is devoted to his craft and doesn’t mind being singled out.

Murakami is thought to be the target of the other actors since he is a womanizer. The police do not, however, take the threat seriously. Fukuzawa is informed by Ranpo that V’s statement that the murder will occur and that he knew it would happen from the start is not a threat. Fukuzawa believes he has the capacity to recognize the truth at once. If he can figure Ranpo out, he chooses to let him stay with him.

Ranpo can tell from looking at Fukuzawa that he is in his 30s, a martial artist, single, right-handed, and works alone. Additionally, he surmises that Fukuzawa utilizes a sword but does not carry it due to the shame he had over all the murders committed during the assassination purge. Fukuzawa is astounded that Ranpo is aware of this and sure of his talent. If the theatre case goes well, he promises to get him a new job and asks him to collaborate with him on it.

It appears that we will still need to wait for the eagerly anticipated confrontation between Atsushi and Akutagawa, where they were scheduled to square off six months after the events of season 3. However, Bungo Stray Dogs season 4 episode 1 got off to a thrilling start with its windy and sinister motif, as well as a flashback and fresh riddles. All in greyscale, it gives us the chills of a noir thriller and is very different from prior seasons in that it explains how the detective agency and Oda came to be. 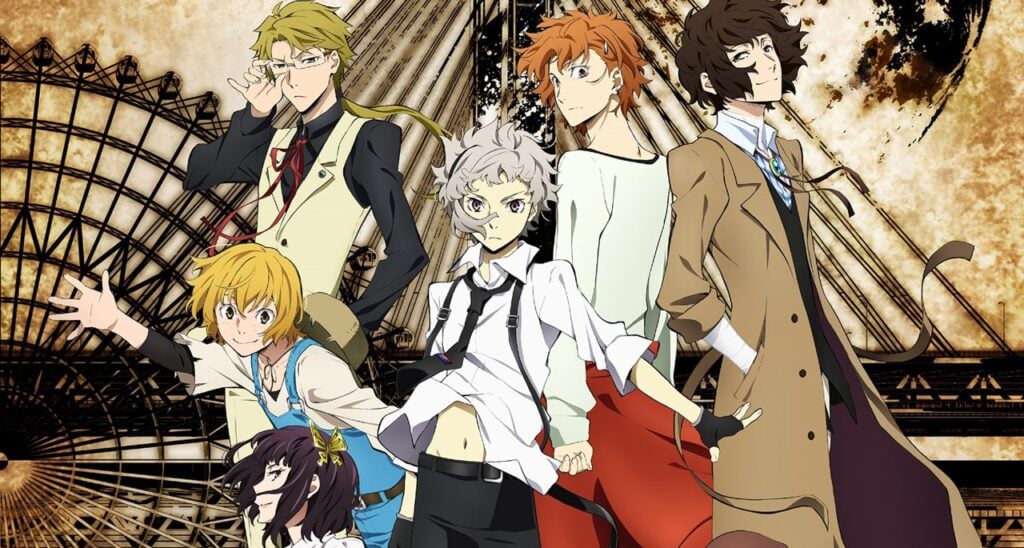 The sole investigator without a special skill, Ranpo, finally receives the screen time he merits. This can also be a sign that he may be involved in the storyline for this season. Additionally, we expect to enjoy the comical relationship between the jaded and weary former killer and his upbeat protege, Fukuzawa and Ranpo. Ranpo’s ability to simultaneously annoy Fukuzawa and impress him by being perpetually hungry and wonderfully naive was the episode’s high point.

On the other side, Fukuzawa is incredibly irritated yet reluctantly tends to him. We also see the beginnings of the kind Fukuzawa from the earlier seasons when he is shocked by the fact that, despite having made a vow never to work with another person again, he has adopted Ranpo after only spending a day with him.

The Interest of Love, Korean Drama Episode 5 Recap and Review!

When Will Season 2 of Bocchi the Rock Begin? What We Do Know Is as Follows!