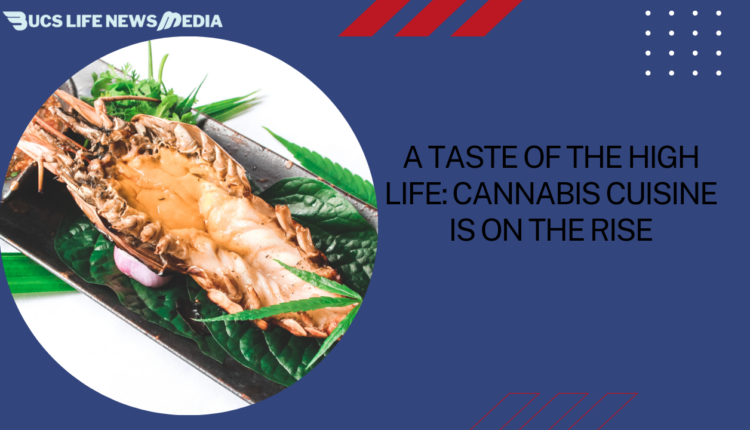 The day at work has been arduous, to say the least. You don’t feel like preparing food, so you go out to eat. Do you want to know “Do I want to be infused or non-infused?” as the first question? Not likely at all. That may change, though, very soon.

The mature markets in the West are home to a burgeoning cannabis culinary industry, where cannaisseurs can book a table at an exclusive event and indulge in a multi-course dinner complete with flower pairings and creative takes on weed-infused cuisine. There has been a lot of progress in the last five years, including some groundbreaking innovations, but it will be a while before politicians and regulators are comfortable with the idea of freshly cooked, weed-infused cuisine at the local café.

But don’t tell that to Raul Molina, owner and chief operating officer of The Mint Dispensary in Tempe, Arizona, where he recently gave a customer a cheeseburger laced with 300 milligrammes of THC and claims to have developed the first and only full-service cannabis kitchen in the US. A recent analysis from Arcview found that while edibles make up just about 10%-15% of the industry in most states, they are one of the fastest-growing areas. About $1 billion was spent on infused food and beverages in the United States and Canada in 2017, or about 11 per cent of the $9 billion spent on cannabis overall. When the edibles market reaches $4 billion in 2022, it will be a lucrative segment for business owners and financiers alike.

Nationwide, chefs are holding infused brunches, dinners, workshops, and anything else they can think of to spread the word and bring more daring eaters into their establishments. One thing has stayed the same, though, while this subset of the economy has expanded over the past few years:

eating in public places where THC-infused foods have been served is still illegal. But the tide is slowly turning as city and state officials start talking about how to regulate and licence new businesses.

Le Cordon Bleu alumna and co-owner of Los Angeles-based catering company Elevation VIP Co-op Andrea Drummer recalled how, when she first entered the industry, she found only one attorney who was interested in helping her company obtain a licence and who was supportive of her efforts to advance the company’s agenda. It’s amazing how far we’ve gone because not many people believed this would happen.

About ten years ago, the first cannabis gastronomes emerged on the West Coast, and at first, the dining scene was a well-guarded secret, relying heavily on word of mouth, hidden places, and invitation-only events. Many long-standing organizations now hold regular, exclusive events, and even Michelin-starred chefs are joining the fray.

Concurrently, CBD is being added to everything from lattes to muffins at restaurants and cafes, despite warnings from the FDA about the uncontrolled nature of the food service sector.

Cannaisseur Series, hosted by chef Coreen Carroll and serving dinners, brunches, and other private events in 2015, was one of the earliest occurrences of canna gastronomy in the San Francisco Bay Area.

By starting newcomers off with low-dose infused appetisers and a meal complemented by handpicked flowers, Carroll helped to ease them into the edibles scene. She collaborated with brand sponsors so that visitors could meet cannabis artisans from their area and take home a swag bag full of medicinal plants.

After three years of working in the traditional food scene and organizing cannabis events on the side, Carroll was ready to make the transition to the latter in 2018. “I’ve stayed true to my principles and was working elsewhere in the meantime, developing recipes,” she explained. To “completely focus on cannabis,” the side gig “progressively required more and more time.”

Her wake-n-bake breakfasts and workshops have helped build the company, and her unending curiosity and innovation have kept her rapidly expanding clients on their toes.

Read More- Why Is Nvidia Shield Tv so Expensive?

When it comes to cannabis cuisine, one of the most defining characteristics is the unrestrained, even bizarre, exploration of food combinations that chefs engage in as they try to marry the plethora of new flavours, aromas, and effects with the complementary qualities of fruits, vegetables, proteins, and sweets. …and bivalves in particular. 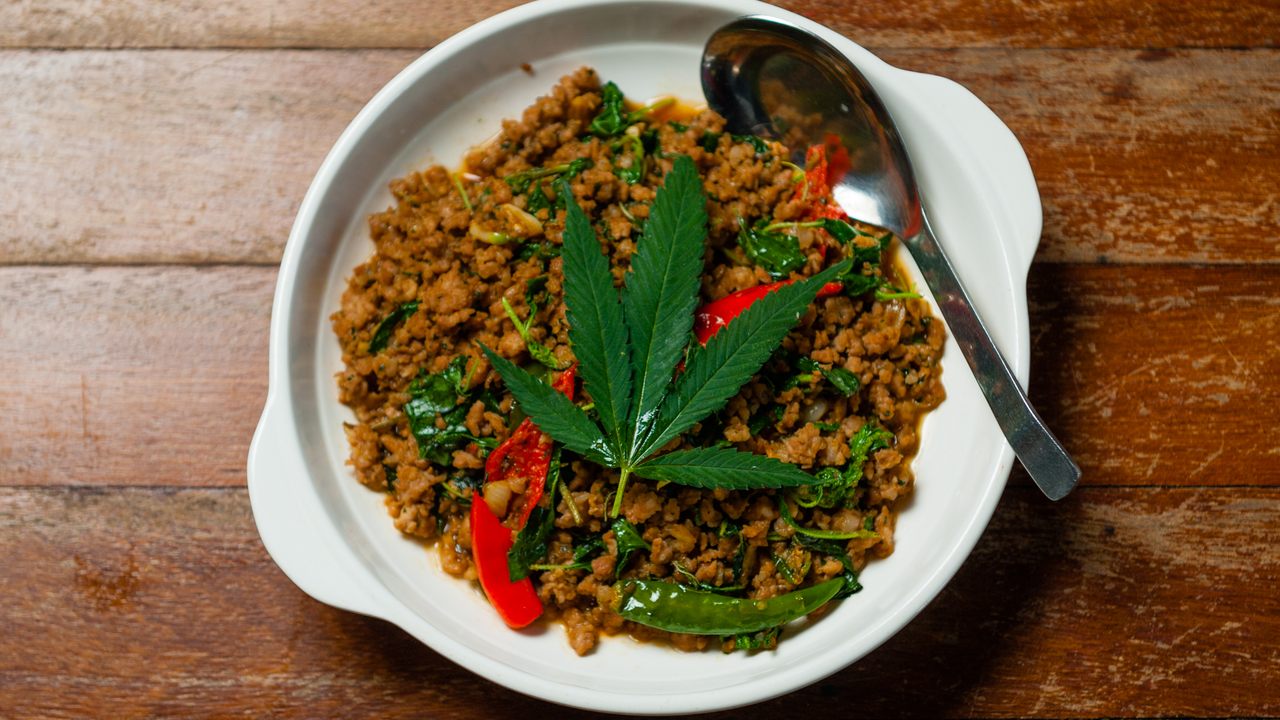 “We attended a pairing lesson where we tested twelve varieties of oysters with an infused cocktail and mignonette sauces,” Carroll explained. “I employ a food scientist who is an oyster expert; she and I evaluate the similarities and differences between the terpene and cannabinoid profiles of cannabis and oysters.”

Another Bay Area chef who has been organising private cannabis meals for years is the vegan chef Philip Gelb, who fumbled his first attempt at an infused meal. It was a total failure, he claimed. Even the sous chef and I were too high to help out.”

Gelb, unfazed, moved on to the next menu and event, where he continued to bravely experiment with new concepts and approaches in his pursuit of perfecting the food-plus-cannabis combination. For $70 per person, diners can eat at a long table directly outside Gelb’s kitchen.

He enjoys hosting small gatherings and will occasionally bring in professional musicians to perform. He collaborates with a local Oakland grower who employs the Japanese no-till method to cultivate a revolving selection of exotic flowers to complement his creative farm-to-table dishes.

Free and Easy Cycling Hacks to Make Every Ride Better: How To Improve Every Bike Ride for Free and Simplely!