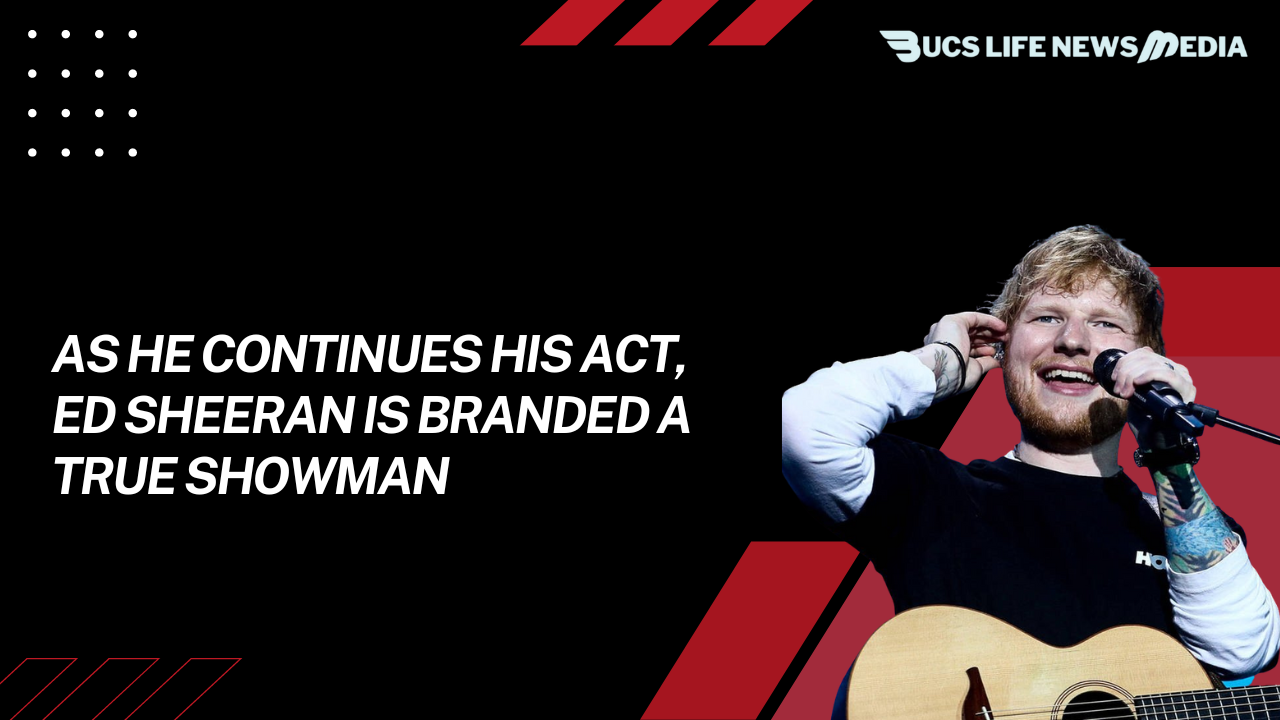 Ed Sheeran’s lone figure appears inch by inch as a massive butterfly-themed video screen rises from the stage into the air, thrilling the Etihad Stadium audience to hysteria. Ed, a lone guitarist, is able to produce a wall of music that is loud enough to fill the entire stadium.

His first of four shows in Manchester this week, the 60,000 supporters jamming into the Etihad on Thursday, make sure to roar back every note. However, given the scope and ambition of this production and performance, even a master showman like Ed might run into a few technical snags. 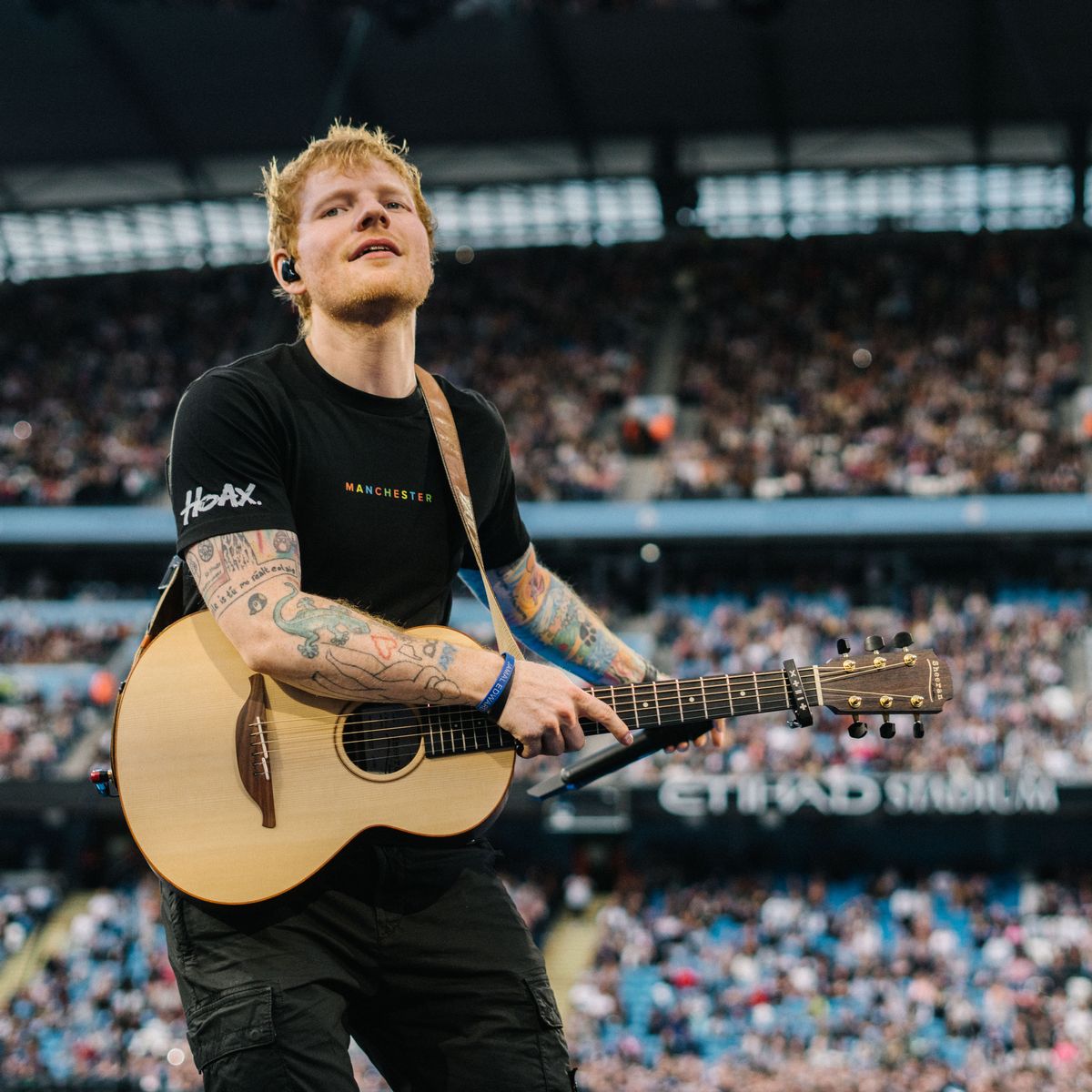 It all starts out well enough for Ed, who is sporting a T-shirt that spells out Manchester in rainbow colors, with plumes of rainbow-colored fireworks blowing into the sky to match the word BLOW.

Then, with regret, he reveals that the set list for the opening night will need to be changed. You will hear a song that is not often on the repertoire since we are going to restart the pedal, according to Ed. He admits that one of his earliest hits, Lego House, is exactly what it is. The crowd naturally eats up this surprise treat after learning that song was initially composed for the boyband JLS.

Aside from a few minor technical hiccups, this is an explosive night of pop genius in action. It’s amazing that Ed spends the most of this performance performing all by himself on stage, constructing each song using a variety of acoustic guitars and that (clumsy) loop pedal.

He expertly manages the sea of spectators gathered around the main stages, and he quickly alerts security if he notices anything starting to get out of hand. Throughout, he walks the rotating stage while he weaves a fascinating story about his career as a musician so far around his enormous international singles. How will the staging be done? Then again, it doesn’t get much more stunning than a maze-like arrangement of brilliant light rigs encircling a main stage and television screens in the form of guitar picks. Add fireworks displays to that at crucial times, such as when the audience is dancing maniacally to Galway Girl.

Ed’s account of his very first performance in Manchester at the music conference The In the City is a very moving moment for the crowd. He mistakenly believed that everyone had come to see him, but in reality, it was the act before him, and to the amusement of the tens of thousands squeezing into this space, he stated, “All f***ed off when I arrived on stage.” But there was still hope, as Ed joked that the only one who stayed to watch him “is now my lawyer.” 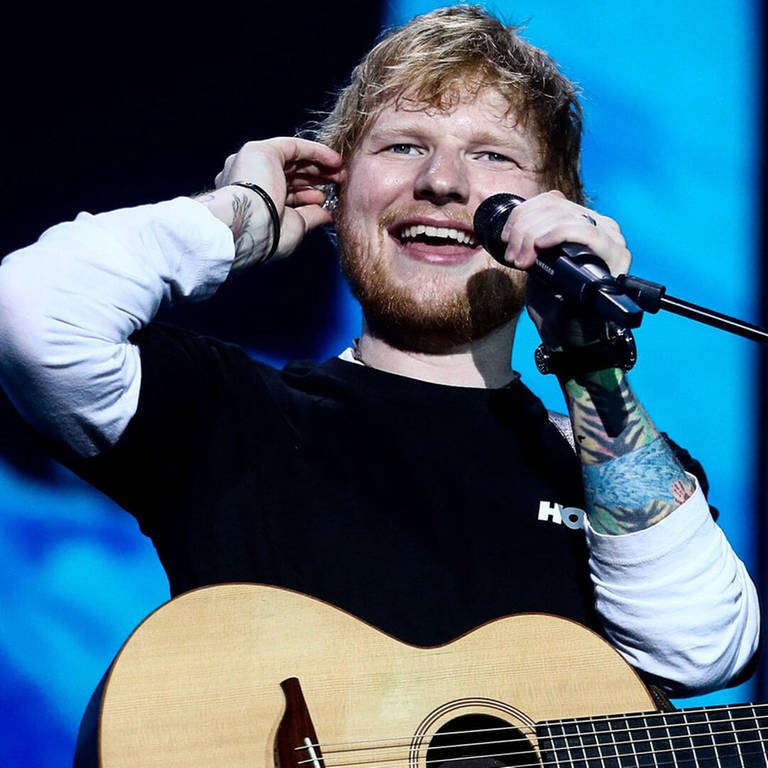 How far he’s gone since that unexpected Manchester debut is demonstrated by the fact that he’s recounting this narrative in front of 60,000 adoring fans. Additionally, he is such a watchful idol. They keep asking us whether we’re having fun and prod us to sing a little louder.

Despite the act that it is Thursday night, this is the musical capital of the world. As he strumming begins playing Castle on the Hill, he screams, “I want to transform this place into a festival, I want to see everyone leaping around to this song.