Laszlo Hanyecz Net Worth: Does He Still Have Bitcoin? 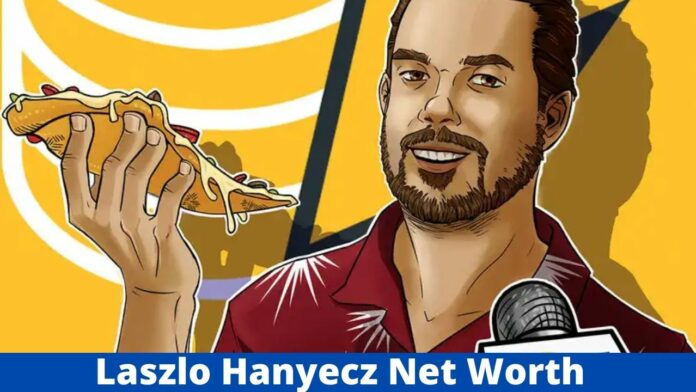 Laszlo Hanyecz is a Hungarian software developer noted for his early and widespread use and adoption of Bitcoin. On May 22, 2010, he traded 10,000 bitcoins for two pizzas. It is also known as Bitcoin Pizza Day, and it marks the day that he sold his bitcoin. The current net worth of Laszlo Hanyecz is unknown, but if he had kept his bitcoin for a longer period, his net worth would’ve been approximately $300-500 million.

What was the significance of Laszlo Hanyecz’s action?

In 2010, 10,000 BTC was worth around $30. Two large Papa John’s pizzas appear to be a reasonable price. Laszlo’s takeout meal, on the other hand, is rather expensive. There’s even a Twitter account dedicated to keeping track of the price of Papa John’s pizzas over time. The purchase of two pizza pies for 10,000 bitcoin has made Laszlo famous. Despite the fact that he was unable to amass money, his name will continue to be linked to Bitcoin’s fame.

It is also the birthday of Bitcoin Pizza Day, which occurs on May 22 due to Laszlo’s involvement and use of Bitcoin for food.

Who is Laszlo Hanyecz?

Laszlo Hanyecz works as a computer and software programmer in Florida. In 2019, computer programming professionals in the United States earned a median salary of $86,550. Salaries for top performers may rise into the six-figure range.

With Bitcoin’s current value far exceeding its 2010 level, Laszlo Hanyecz s 10,000 BTC is worth roughly £306 million today. His potential net worth was in the range of £300 million, according to sources.

Aside from his job, Laszlo’s Bitcoin fame has brought him numerous chances. The man who made the first commercial Bitcoin transaction is known as Laszlo among cryptocurrency aficionados.

Tron founder and CEO Justin Sun frequently appear on podcasts to discuss Bitcoin Pizza Day or his own involvement with cryptocurrency.

Is Laszlo Hanyecz remorseful for trading bitcoins for pizza?

Laszlo has no qualms about selling 10,000 bitcoins for pizza.

“I wish I still had 10,000 Bitcoin, but it was a long time ago, and I’m grateful to have been a part of it.” I mean, I’m currently discussing it with you. Bitcoin is still alive and well. It’s well-liked. I get to be one of the original pioneers. That’s a valuable asset.” In the year 2020, Laszlo stated:

“I have no regrets.” I think it’s amazing that I got to be a part of Bitcoin’s early history in that sense, and people know about the pizza, and it’s an intriguing tale because everyone can relate to it and say, ‘Oh my God, you spent all of that money…’ I was also offering people tech support on the forums and porting Bitcoin to MacOS, among other things – fixing bugs and such – and I’ve always just wanted people to use Bitcoin, and buying pizza was one way to do it. I didn’t expect it to grow as popular as it has, but it’s become a very compelling story for people.”

According to projections, Laszlo might have had a net worth of over $800 million if he sold at Bitcoin’s peak. Aside from that, given his position as a software programmer and contributions to the community, it is expected that he has an average net worth. As a software developer for more than ten years and as a podcast host, he might be worth close to $500,000.