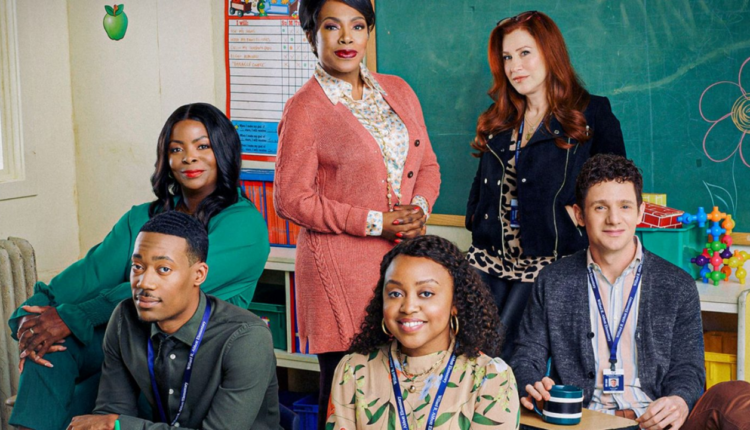 When Janine and Gregory return to school after the break, they have an unsettling encounter in Abbott Elementary Season 2 Episode 11. The after-school podcast club that Jacob and Gregory are creating already has two members. They begin working with the students to create a podcast about Abbott Elementary.

To prepare for the next school read-a-ton, where classrooms compete to see whose pupils read the most, Janine and Melissa adopt a competitive attitude. To give her kids more time to read, Janine postpones arithmetic lessons. Melissa, in turn, insists that her children begin reading incessantly.

Maya, one of her students, wants to read the most books in the class, although she isn’t the most proficient reader. Additionally, Melissa worries that her class will lag behind if three of her strongest readers contract pink eye. 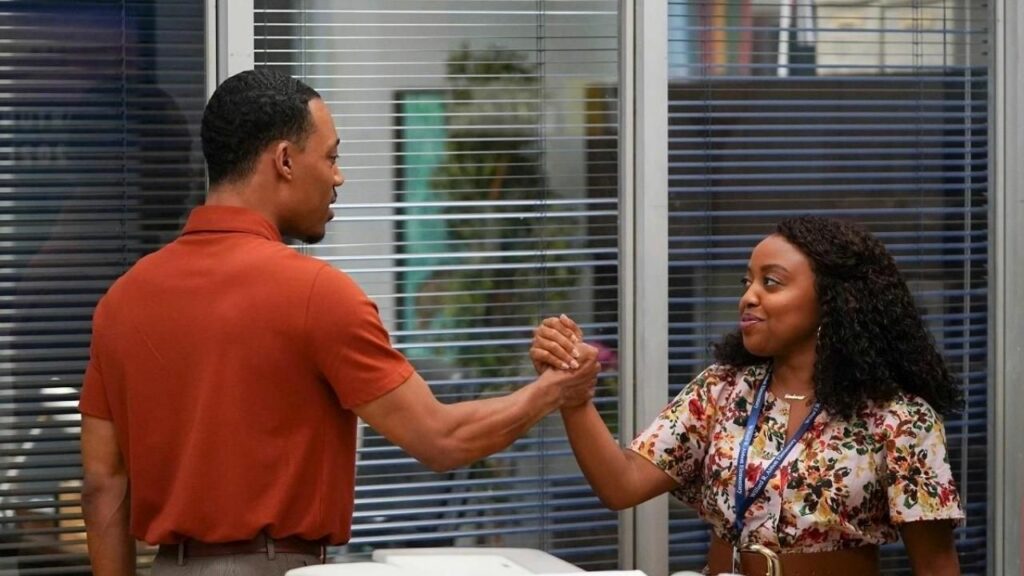 The loser must appear as a guest on Jacob’s podcast, and Janine and Melissa decide to up the ante in their contest. Melissa motivates her students to read by giving them a motivational speech. Janine accuses her of cheating when her class gains ground. When Melissa double-checks her reading logs, she discovers that Maya and her parents fabricated the logs.

She talks to Maya’s parents, but they are adamant that their daughter can read 25 books in a single evening. Melissa suggests they test her so they can rule out any reading-related problems she could have, but her parents are unwilling to acknowledge that she needs assistance.

Janine’s class wins the read-a-thon, Melissa discovers after running the numbers again. As soon as the competition is complete, Maya begs Melissa if she may stop reading books. She is asked by Melissa if she finds reading challenging. She ultimately comes clean about it, and Melissa gives her some tips to help. She admits that she once experienced a similar problem but eventually developed a passion for reading. Maya eventually borrows a book from her teacher because she hasn’t given up on reading yet.

Cafeteria Blues is the first theme of Jacob’s podcast, but it quickly turns to the students discussing rumors. They explain to Jacob that all they want to do is be themselves. His podcasting approach simply sounds academic.

Ava intervenes to allow the boys to talk despite Jacob’s insistence that they should learn the norms of podcasting before breaking them. Jacob, however, removes a significant amount of what the pupils say during post-production. They abandoned the podcast after accusing him of restricting them.

Jacob learns he wasn’t being a good teacher to the pupils after Ava explains that he was trying to coerce them into doing what he wanted. Janine is thrilled to have won the read-a-ton, but Melissa discovers a flaw in the regulations. She gets to combine their totals because her class includes both second and third-graders.

Janine must appear as a guest on Jacob’s podcast because she lost the contest. Jacob decided to let the kids make it their own, which is why the students returned. They also want to discuss with Gregory and Janine how they were spotted dancing together in a bar.

The will-they-won’t-they dynamic is kept alive and smoldering despite the fact that this is not a Janine and Gregory episode. I thrive on the awkward tension-filled moments that open and close this episode.

But there are also many pleasurable moments in the interim. The competition between Janine and Melissa wasn’t exactly friendly, but it was certainly intense and amusing, to put it mildly. Nearly as entertaining as watching Ava and the students teach Jacob a lesson.

The Fabulous Season 1 Review: The Story Is Nothing Special but The Acting Is Good!