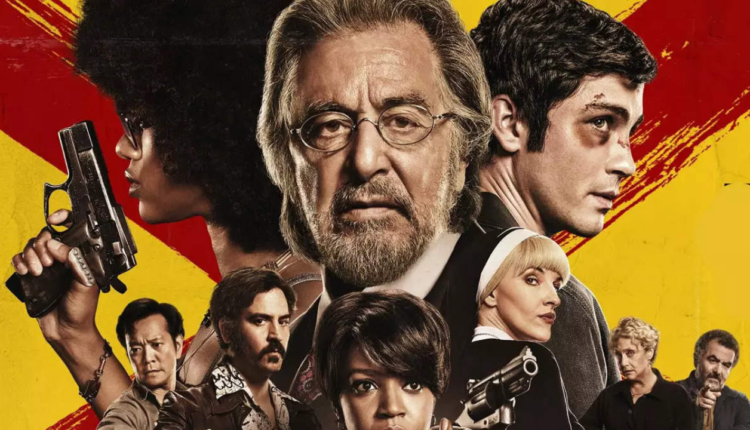 Review and Recap of Episode 5 of Season 2 of Hunters!

The second season of Hunters’ episode 5 picks up right where we left off. Jonah is startled when he turns and sees Roxy struggling. When Mindy and Lonny arrive, they rush to take her to a hospital. As for Jonah, he departs them and heads back to base while attempting to catch up with Clara.

Although Roxy is being transported to the hospital, her life is in danger. Her contradictory past is revealed through flashbacks, along with her desire to uphold the interests of her loved ones and her community. However, she neglects to care for her daughter, who is left out, in the process.

Jonah tries to persuade Chava to follow Clara despite the fact that George is dead and Roxy is in a difficult state. Chava declines, stating that she has no family and that her main concern is finding and assassinating Hitler. But Harriet interrupts, pointing out that George was related to her. Harriet supports the rescue effort wholeheartedly since she thinks it’s the proper thing to do. “Cowards. All cowards. Angry and defeated, Chava says. 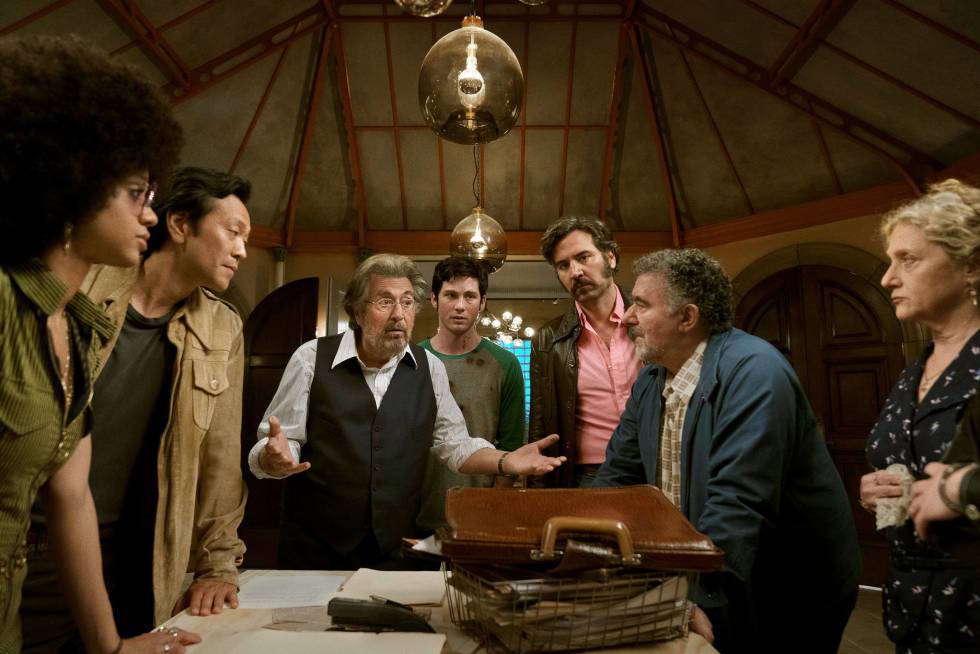 Eventually, the gang arrives in a small shantytown, but Millie is not in the right headspace. Taking her alone, Harriet discovers the Bishop’s secret. She asserts that he was a Nazi hidden in plain sight and that Millie performed God’s work. Harriet goes on to say that she performed a favour and fought for Harriet, her father, and everyone else who had been abused by the Nazis.

The Colonel approaches Hitler about his clay pigeon shooting practise over in Berlin. Hitler hits her in the head with the butt of his revolver when she asks what he’s doing.

Clara, who Joe has tied up and is holding hostage, is a further victimised female in this situation. He tells her to keep quiet as she tries to speak to him. She is using all of this as a cover to buy herself some time as she breaks free from her constraints.

After giving her a cup of water, Joe turns his back, and she slaps him in the head with the cup before running across the estate. Travis catches up quickly, though, and he tackles her to the ground. He appears to be prepared to kill her and is holding a knife. Until Joe breaks everything up, that is. Now that they can see a car coming, the show can begin.

Jonah finds the flowers Travis used to mock him back at the shantytown. It turns out that they are situated on a farm outside of town, which accounts for the approaching car. It comes out that Travis was deliberately doing this because he wanted to draw the group out to their cover. As our hunters discover this was an ambush all along, there is a large shootout.

The entire situation finally builds to a classic standoff. Given the mental strain he has been through, Joe snaps and shoots Travis in the head. Joe gives up and turns himself in, throwing up his hands in disbelief and telling the others he has no idea what occurred. He does, however, offer to lead them to where Hitler is because he is aware of it.

Given the conclusion we reach in this article, it is true that all roads now lead to Hitler. Joe’s mental barrier has now been broken, and it appears that he has learned from his mistakes during the season. It seems like only a matter of time before these Nazi dominoes start falling one after the other after shooting Travis in the face.

Despite the fact that the Meyer-related memories didn’t actually advance the plot, it was nonetheless nice to see Al Pacino again. To be honest though, it kind of feels like a waste because despite the fact that his character was killed off in the previous season, he’s basically just been hanging about like Berlin in La Casa De Papel. He mostly serves to provide us with background information on how he managed to keep his secret for such a long time. It’s anyone’s guess as to what will happen next with only a few episodes remaining.

Episode 2 of Season 2 of “Poong the Joseon Psychiatrist”: Release Date, Time & Where to Watch!

The First Episode of The Last of Us: Release Date, Start Time, and Where to Watch!

Season 1 Episode 6 of Brain Works: How to Watch a Sneak Peek?

Second Life: A Recap and Review of FBI Season 5 Episode!

Season 5 Episode 10 of The Rookie, “The List,” Recap and Review!

Review of Episode 6 of the Korean Drama Trolley!