Review and Recap of “All In,” Episode 11 of Season 6 of “The Resident”

Padma begins The Resident season 6 episode 11 by pondering suicide while standing on a bridge. Leela leaves her a message urging her to call her back as she is certain that something is wrong. Padma makes the decision to go to Leela’s house and tell her how she is feeling.

Leela drives her to the hospital where she receives the necessary care. Leela is concerned that she missed the signs that her sister was suffering from post-traumatic stress disorder during pregnancy (PTSD). Pravesh advises her to let AJ know that Padma is ill, but she decides to hold off until he has recovered from his significant surgery.

Later, she speaks with him and describes Padma’s predicament to him. AJ regrets having overlooked the warnings as well and worries that Padma poses a threat to the twins. Leela persuades him that although Padma loves those babies dearly, she is fine. AJ responds to her request by promising that he will never leave Padma.

In a different incident, Cade pays Conrad a visit at his house and is surprised to discover the bruises he received while defending Billie from her assailants. She admits that, contrary to what she had originally said, she was not with pals at a vineyard. She confides in Conrad about her dad’s admission to rehab and is relieved that he is not upset with her for lying.

Conrad also reveals some personal information to her, telling her about his kiss with Billie and how he hasn’t been completely honest with either of them. There is nothing to talk about, says a furious Cade as he departs. Conrad claims he made an effort to save the relationship, but the way he phrased it further harmed Cade.

A patient who is having a heart attack checks himself into the hospital. Perry, a well-known cardiothoracic surgeon, requests Yamada in particular. AJ joins Yamada and begins Perry’s treatment. Aortic dissection in Perry begins. He decides to proceed with a challenging surgery. 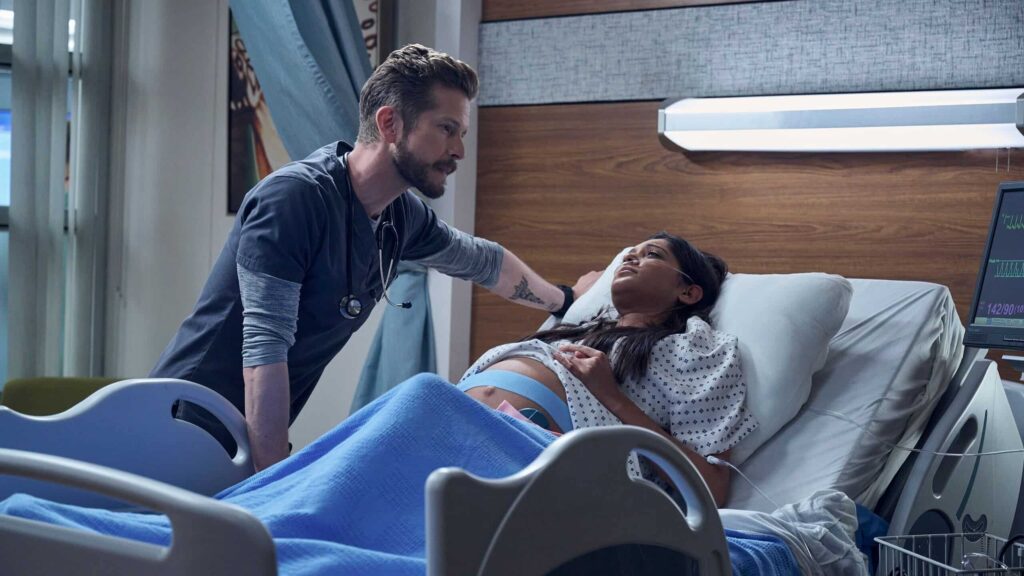 He survives the operation but regrettably experiences another aortic dissection. He cannot be rushed to the operating room for another procedure this time. Perry’s body is too frail to withstand another operation. Yamada and AJ stay with him till he passes away because he has no family or other close relatives. Yamada is devastated by the loss since Perry, who trained him, was someone he held in high regard.

He is consoled by Billie, and they decide to break up. He claims that he was aware of her and Conrad’s extensive history from the beginning. He wishes her well and assures her that he is OK. At the end of the day, as they bond over being dumped, Cade extends an invitation to him for drinks.

Read More: Season 5, Episode 5 of Big Bet: When, Where, and How to Watch a Sneak Peek!

Kit, on the other hand, is disappointed that the ER will have to close to trauma patients at midnight owing to budgetary difficulties. The governor, who won’t budge, has them entirely in his hands. Kit requests that Cade examine the present ICU patients and transfer any stable ones.

In order to assist, Cade locates a patient who had received care from Billie. In order to transfer the patient to a different hospital, she chooses to ask Conrad to speak with Billie. Conrad concurs but is aware that Billie might still be in shock from her previous event. Billie is appreciative that he stood up for her when he offers to talk to the patient’s relatives on her behalf.

Read More: What’s the Status of Season 4 of Emily in Paris? What We Do Know Is This:

Billie directly requests to speak with Cade despite his best efforts to avoid her. Cade is free to dislike her, she says, but she shouldn’t repress her rage. Cade assures her that she is OK when she apologises truly. Even though she despises it, she still likes Billie because she knows she deserves a man who loves her. As she and Conrad have never shown their love for one another, she assures Billie that everything will be okay. 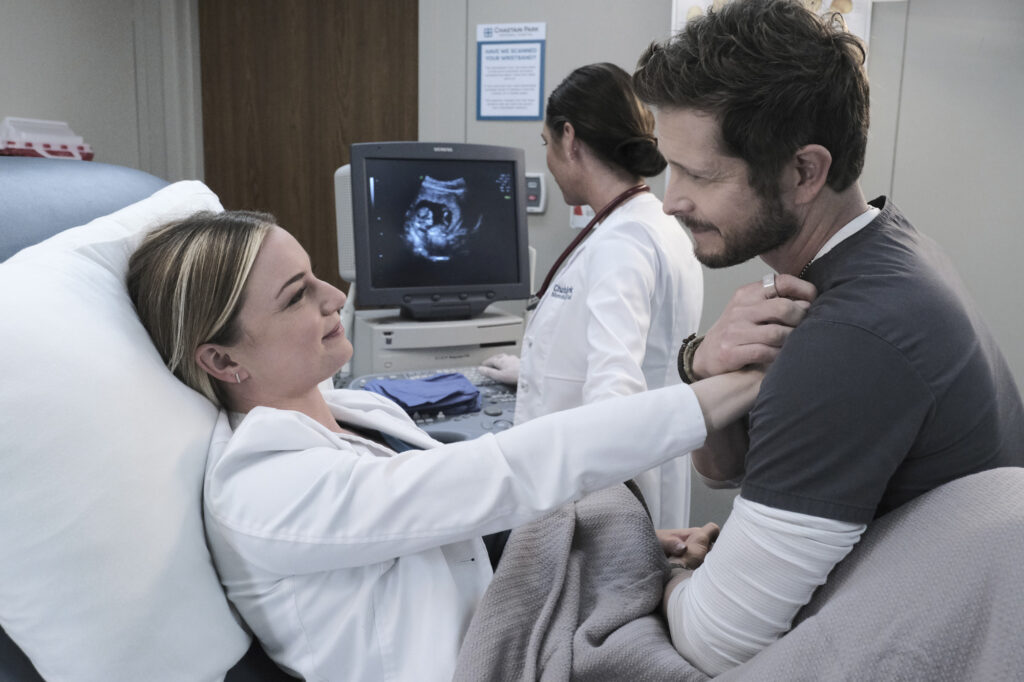 A new patient for Pravesh is an elderly woman who was harmed thwarting a thief. Conrad advises him on whether or not they ought to operate on the woman’s brain. She is showing symptoms of Alzheimer’s, but Pravesh believes that her confusion is caused by a brain bleed. They decide to perform the procedure and pray for the best. The patient recovers her memories after Pravesh persuades Kit and Billie to do the procedure.

Kit questions why the woman put up such a battle against a thief attempting to steal her pocketbook. She explains to Kit that the idea behind it is to never allow someone to steal from you when you are in the right. As a result, Kit resolves to fight and decides not to give up on the ER. She purchases food for the ER personnel and declares that trauma patients won’t be turned away.

Conrad and Billie leave the hospital together at the end of the day, holding hands in the elevator.

Despite the fact that it makes me sad to watch Cade and Conrad split, I’m pleased for him and Billie. It’s been a long time coming, and we’ve been anxiously anticipating this time.

Since we haven’t seen Billie and Yamada together very often, their breakup didn’t feel as tragic. The fact that Padma is receiving the assistance and support she requires from everyone close to her is positive, nevertheless. I’m hoping she survives and recognizes the end of the dark tunnel.

Season 5 Episode 10 of The Rookie, “The List,” Recap and Review!