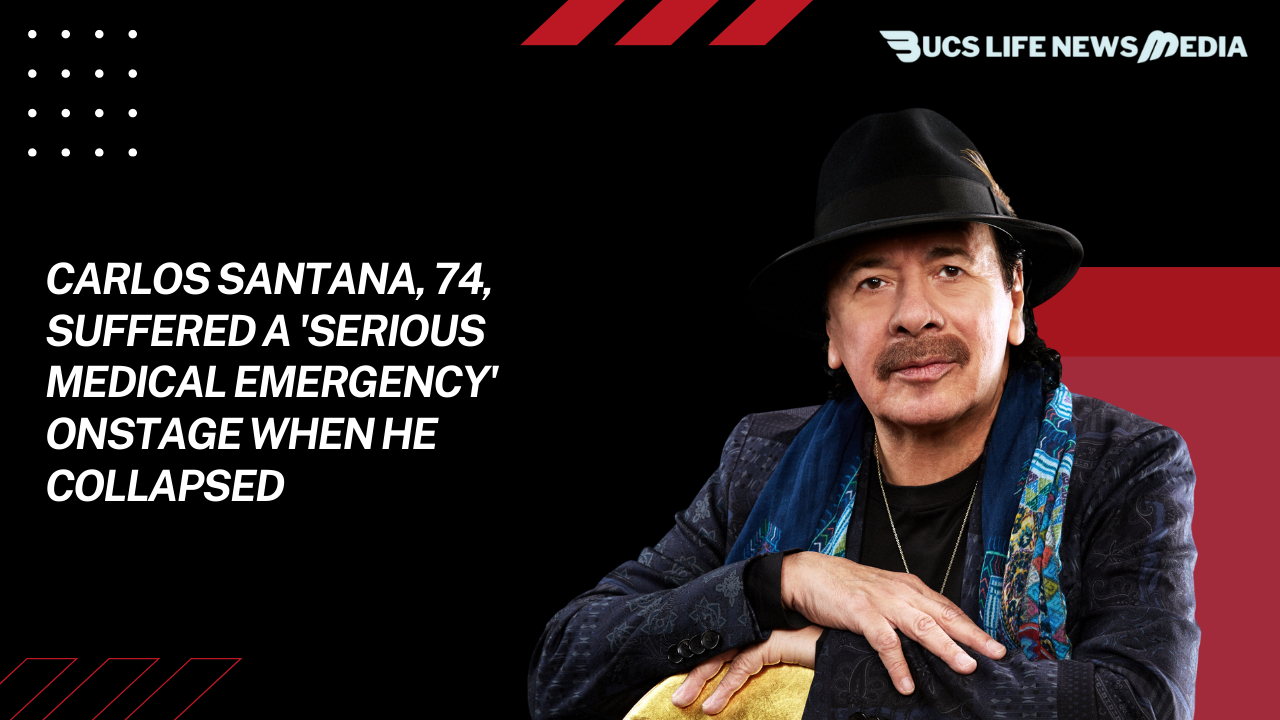 74-year-old Carlos Santana slumped on stage at a concert on Tuesday night, July 5, and died. The “Somewhere in Heaven” performer was performing a set at the Pine Knob Music Theatre in Clarkson, Michigan, and according to WDIV-TV, emergency personnel appeared onstage around 10:00 PM local time.

According to Fox 2 Detroit reporter Roop Raj, the audience was “asked to pray for him because of a serious medical condition,” according to his Twitter feed.

After about 20 minutes of playing, the guitarist collapsed and was taken off stage while waving to the crowd. He was singing a song he penned with Chris Stapleton when he collapsed. Variety reports that Carlos was treated by medical professionals under a black tarp before being rushed to McLaren Clarkston, a nearby emergency department. His manager, Michael Vrionis, says he is “doing well” in the hospital, according to a statement. It was part of his summer Miraculous Supernatural 2022 tour with Earth, Wind & Fire, which he performed on Tuesday night.

The tour began in June and is scheduled to run through August, after which he apparently hopes to continue a residency at the House of Blues, a venerable Las Vegas venue. His rock/Latin style came to fame in the 1960s and 1970s with legendary and innovative tunes such as “Black Magic Woman” and “Evil Ways.”

Carlos Santana, who is widely regarded as a master of his craft, has won ten Grammy Awards and three Latin Grammy Awards. His career has spanned decades, reaching a zenith in 1999 with a nine-Grammy haul for the television series Supernatural. He was inducted into the Rock & Roll Hall of Fame in 1997.

Rapper Felly talked to HollywoodLife in 2019 about Carlos’ performance on his song “Heartstrings.” In his own words, “It felt quite fresh,” even though he is 72 and has done this many times. ‘It was simply completely new,’ he said. Some of my other pals seemed to be a little less enthusiastic about him than he was. “It was incredibly fascinating to witness.”