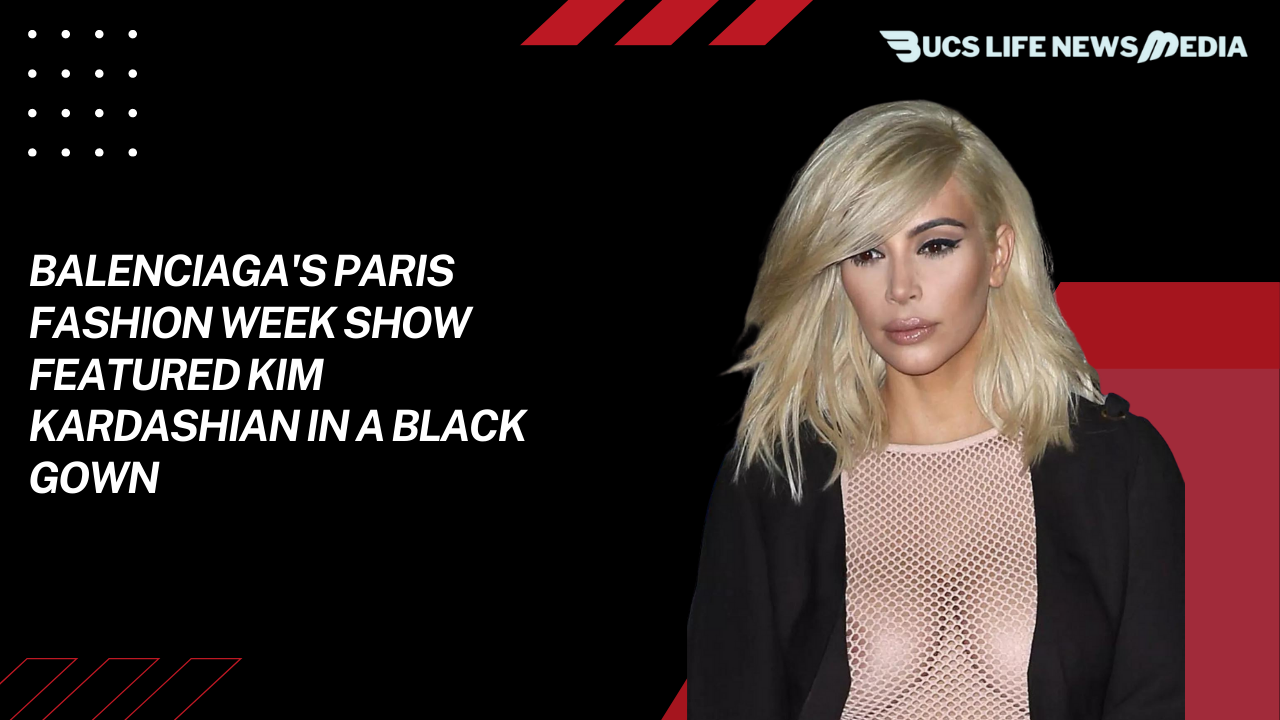 Today, Kim Kardashian walked the catwalk at Balenciaga’s Haute Couture Week show in Paris, despite the fact that the globe appears to be a runway for her.

On Wednesday, Kardashian walked the runway in a full-length black gown with a sweetheart neckline, built-in gloves, and boots—a hallmark Balenciaga silhouette—at the label’s original couture salon. Besides her mother Kris Jenner and daughter North West, it was a family affair on the front row.

For the first time, Kardashian walked on the catwalk at Paris Fashion Week, which is considered to be one of the most important modelling honours she has ever received. 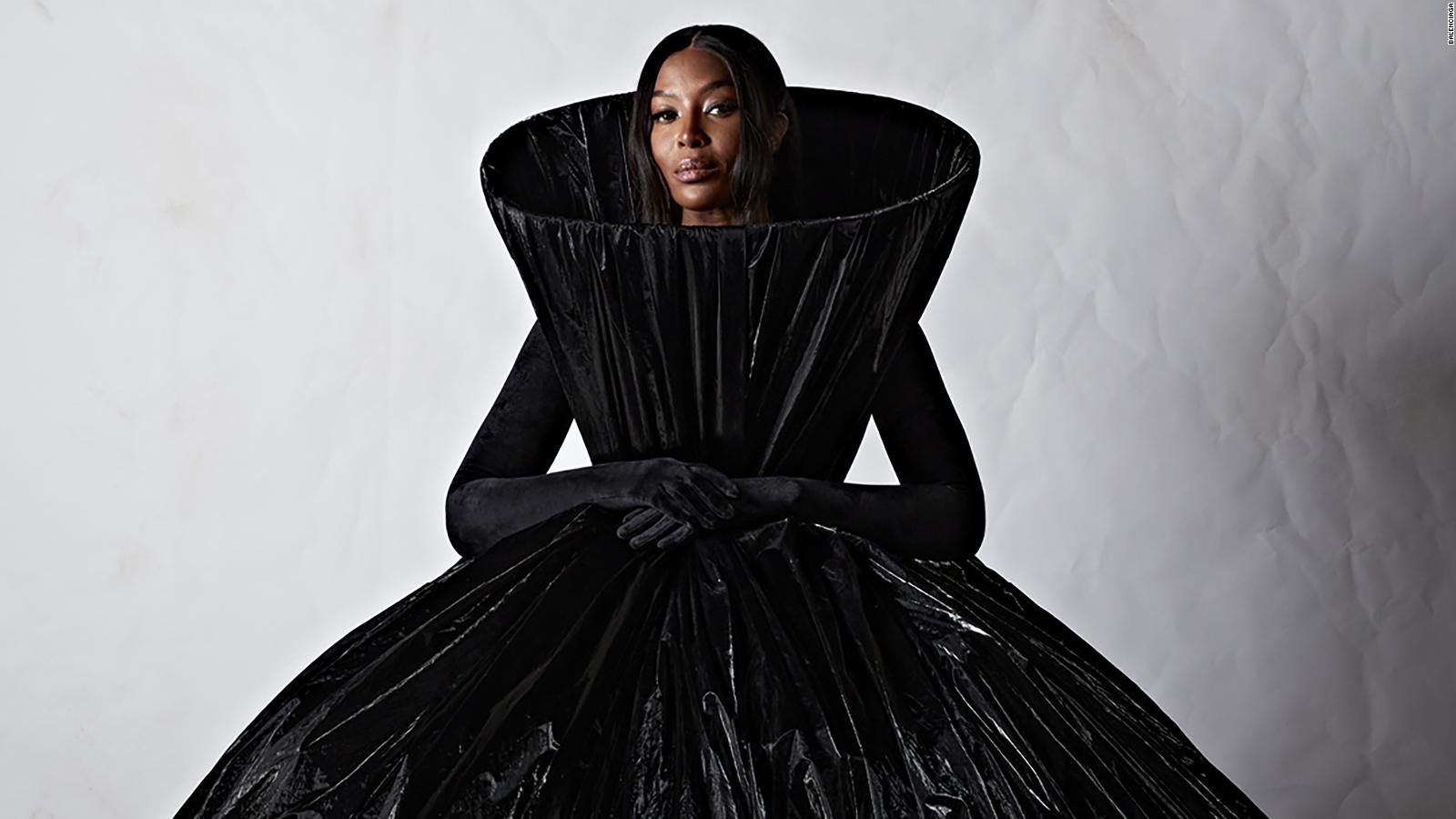 Along with Nicole Kidman, Bella Hadid, Naomi Campbell and Dua Lipa, Kardashian was part of a star-studded cast for Balenciaga’s spring 2015 campaign. Nicole Kidman revived her 1980s modelling career to appear alongside supermodel icon Naomi Campbell, who burst through the salon’s curtained doors in a voluminous high-shine black ball gown with a high structured collar.

For the first part of the show, models wore glossy black full-coverage facemasks to draw attention to the show’s star power. The choice by Balenciaga to host a star-studded runway show could be part of the brand’s effort to bring the world of haute couture to a wider audience. 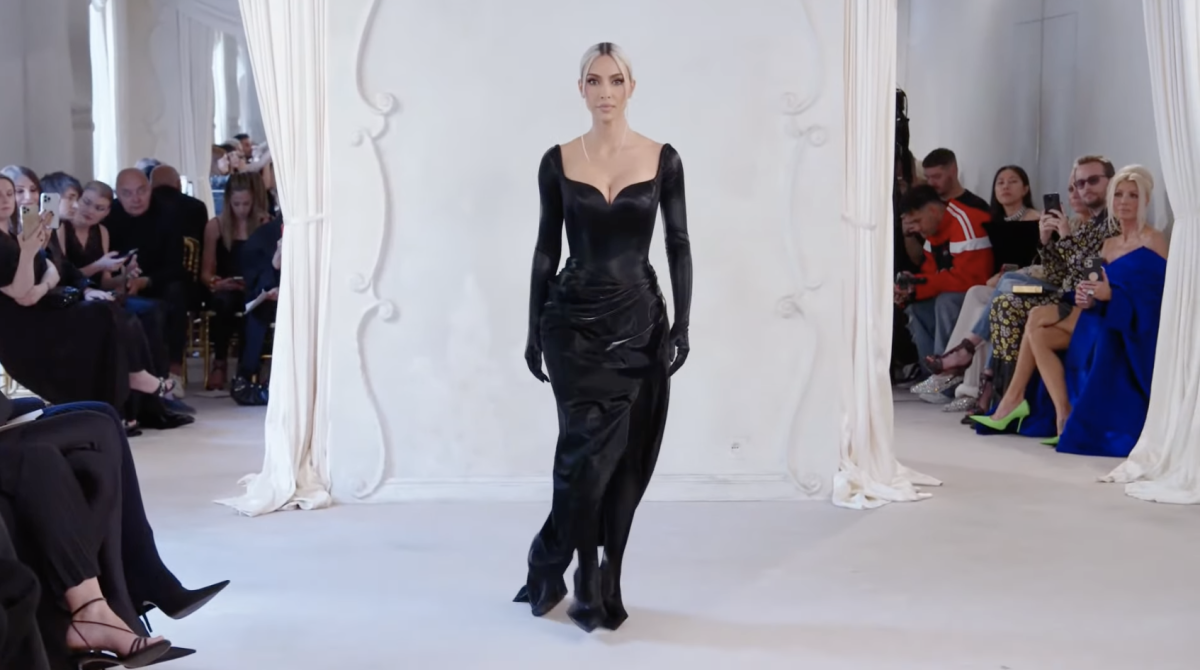 A “couture boutique” was presented in the iconic 1937 Parisian salon on Wednesday, in conjunction with the show.  Cédric Charbit, the company’s CEO, stated in a press release that he wants to open up the “extremely restricted environment” of haute couture to younger consumers by allowing them to visit and learn about the ateliers.

As the face of Balenciaga, Kim Kardashian’s connection with creative director Denma and the company reached new heights this year with the announcement of her appointment. When she was on the red carpet for the 2021 Met Gala, she wore a black head-to-toe mask designed by Balenciaga.

Later that year, she presented Saturday Night Live while dressed in a hot pink spandex suit. For the first time, she walked the runway during Paris Fashion Week’s haute couture event. “OMG! Realizing a long-held ambition. Thank you, Demna and Balenciaga. I really appreciate it.”