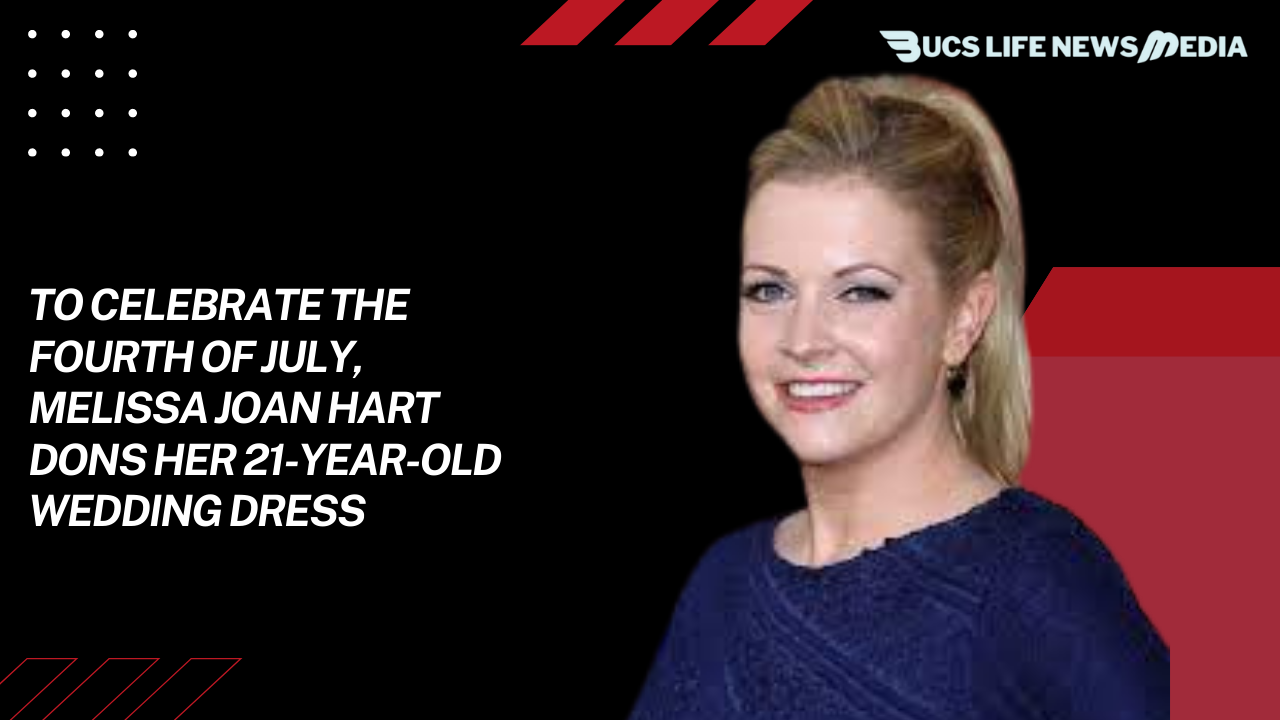 urlloThis year, Melissa Joan Hart is going retro for Independence Day! For the occasion, the 46-year-old actress wore a vintage garment that has always been true to her. A series of images she posted to Instagram on Monday show her in the red, no-sleeve piece, which is front and center with an eagle. In her photo, she showed how many times she’s worn the necklace over the years.

Her first selfie had her wearing the dress while pregnant, clutching an American flag on The Tonight Show with Jay Leno, and smiling with Hilary Duff and Bryan Cranston in the background. “The eagle dress has landed,” she remarked of the garment before providing “a little background about the outfit that has ornamented my always changing shape for 21 years now.” 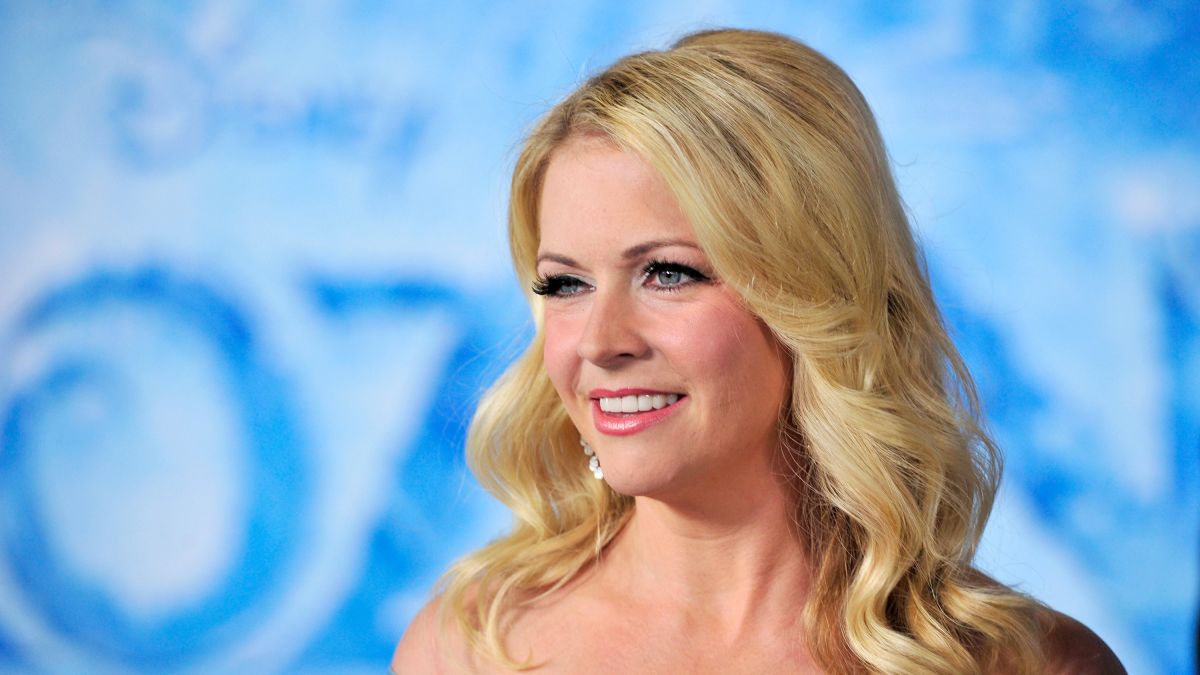 It was on Jay Leno’s late-night program that Hart first wore the dress she bought in 2000 in Melbourne, Australia. After 9/11, she said, “I exclusively wore red, white, and blue for a good portion of a year.” Since 2008, the dress has been a “July 4th staple in my Tahoe closet… and I have worn it every year minus 2019 when I spent independence Day on the east coast.”

“You also have the fake pic with @bryancranston and @hilaryduff that I never took with them. As a reference, a slide show has been supplied “She made light of the situation. To my fellow Americans, I say, “Happy Fourth of July!”. Not only did Hart sing a memorable holiday song, but so did a slew of other artists. 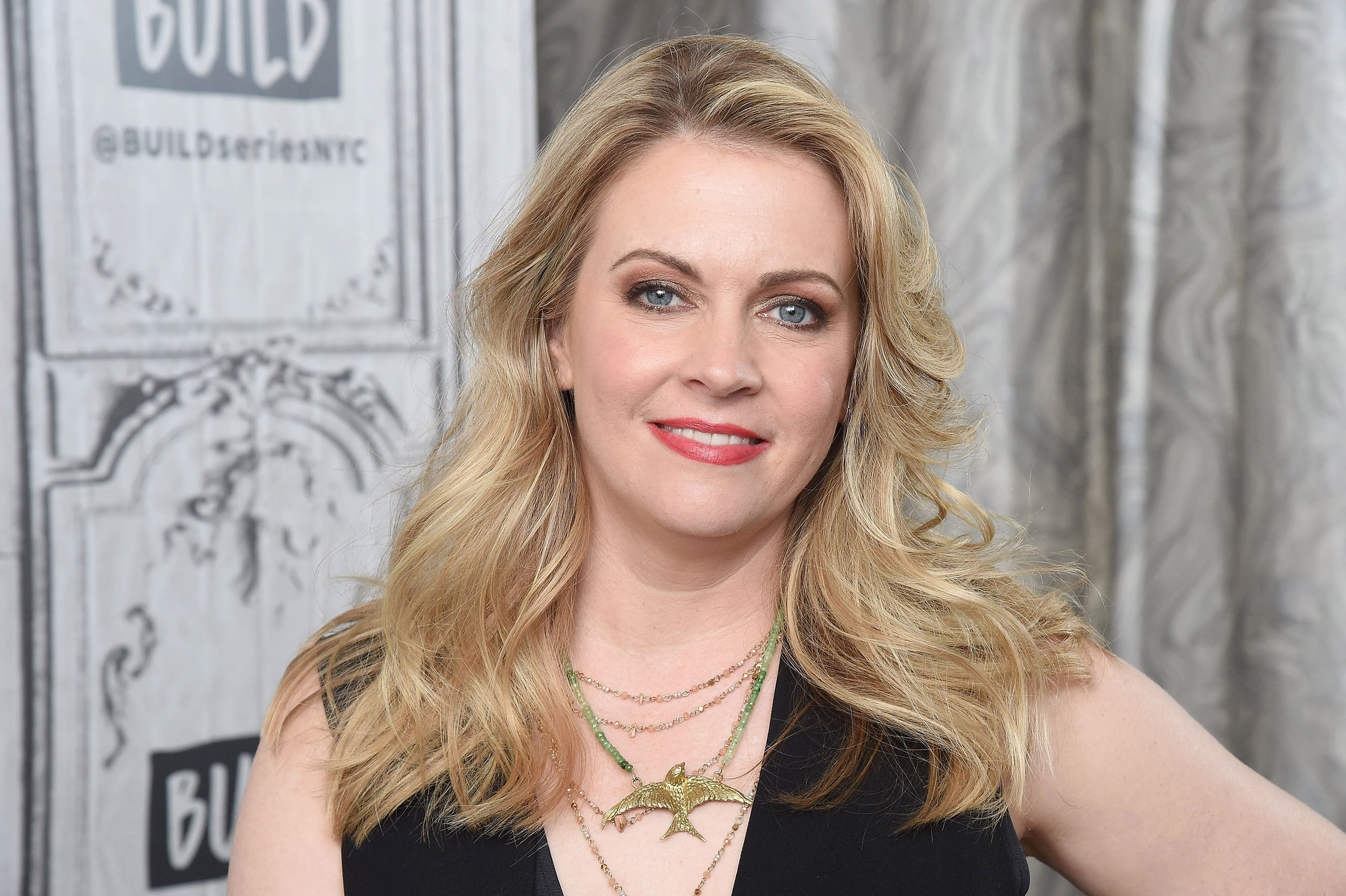 It was only fitting that Christina Haack’s American flag-themed onesie-wearing husband Josh Hall should appear alongside her own on Sunday. “I’m just taking it all in from where I’m standing. Happy Independence Day! “She captioned the amusing picture.

According to an Instagram photo posted by Jersey Shore star Deena Cortese Buckner, she and her family dressed in all-American garb for the occasion. 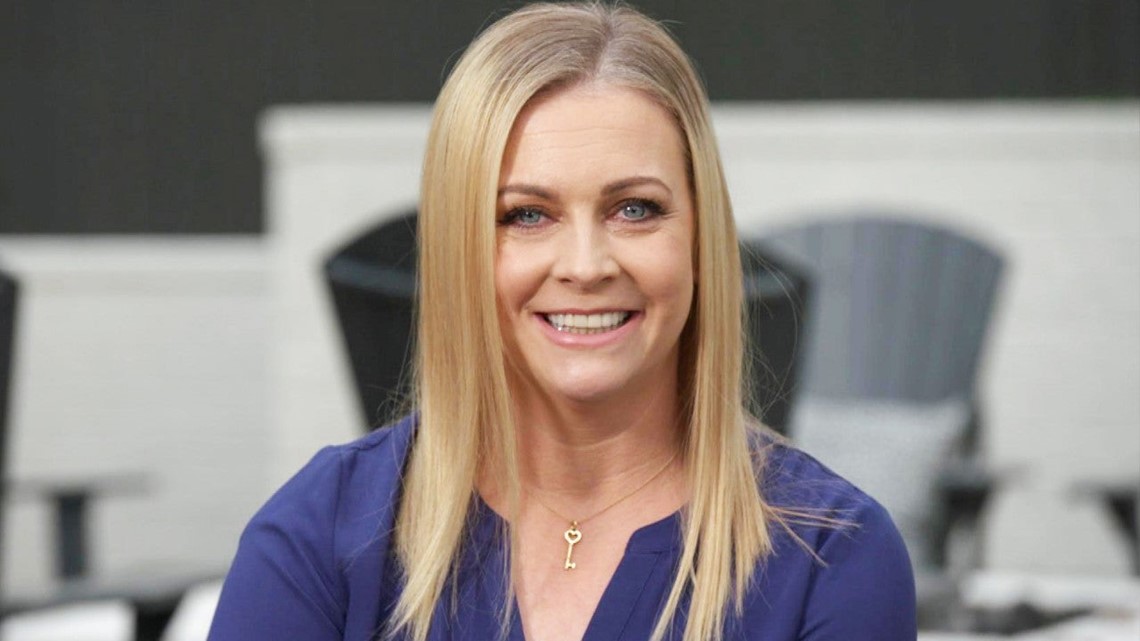 She wore a striped tube top with stars in red and white and teamed it with denim shorts. Shorts with American flag-inspired designs were worn by her husband Christopher Buckner. It was a patriotic theme for their two sons, who wore red, white, and blue.