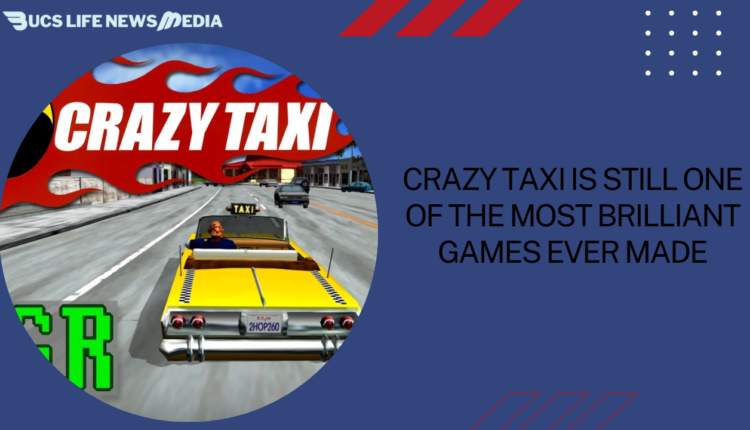 Those who played video games at all in the late ’90s and early ’00s are undoubtedly familiar with Crazy Taxi. One reason for the game’s widespread popularity was its catchy theme song, “All I Want,” by The Offspring’s Dexter Holland. However, the game’s simple goal—to transport as many passengers as possible to their final destinations within the allotted time in order to earn the most money—also contributed to its widespread appeal. Simple.

To put it another way, my mum only played Tetris on her Game Boy Pocket and wasn’t much into video games. On the other hand, I clearly recall her joining me in a game of Crazy Taxi on our Sega Dreamcast. The game is typical of the best arcade games in that it is absurd, humorous, and immediately captivating. 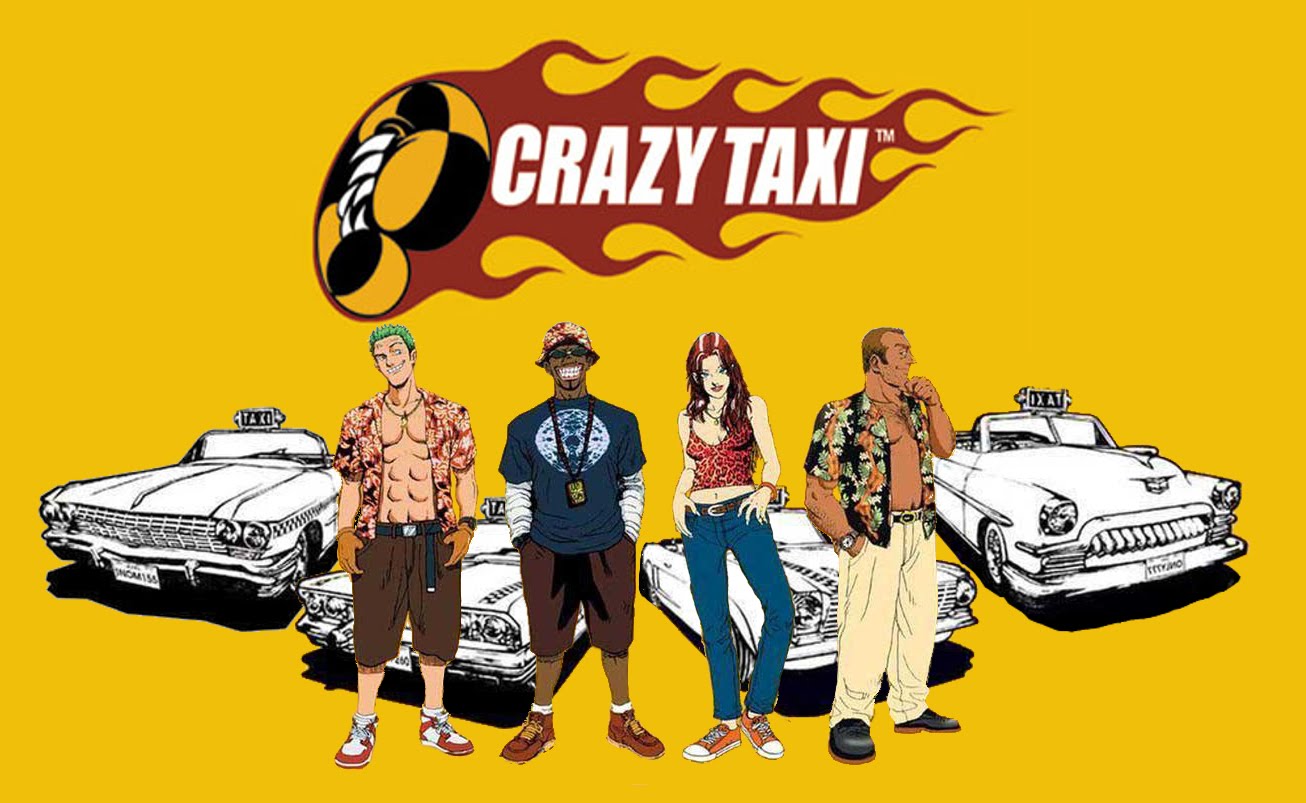 That’s why Crazy Taxi became popular back then, but there are other reasons why I think it’s still popular today. A newcomer might not initially assume there is much to discover, beyond memorizing the map’s numerous locations. This is how I’ve usually watched Crazy Taxi: as a lighthearted diversion with a catchy soundtrack that helped solidify my devotion to Bad Religion.

A few years back was when I first started taking classes to better my abilities. I can’t say for sure, but it might have been seeing a world record run on YouTube like the one above that inspired me to practice and grow better. As a kid, I probably never got higher than a B rank, which equates to a score of less than $4,000, while others were easily surpassing $100,000 and taking the 70-second beginning timer and turning it into two hours.

As a result, I delved a little further and finished the game’s Crazy Box tutorials, which teach players a variety of strategies for improving their performance in the game (but, critically, not all of them).

Crazy Taxi’s two-gear mechanic is one way in which it stands apart from other modern arcade driving games. The only two gears you’ll be able to switch between throughout the game are drive and reverse, though making strategic gear changes (such as going from reverse to drive immediately before taking off) will drastically cut down on the amount of time it takes to reach maximum speed. By doing this backward (kind of; it’s a bit more difficult than that), you can get your cab to stop on a dime. And if you do the same thing while turning, the back will fly out and you’ll get into a crazy drift.

These methods may seem complicated at first, but remember that you have only two gears to manage; with enough practice, you’ll soon be a pro. When performed with even a moderate degree of regularity, your high score will immediately increase by 100%.

But there’s this one secret that the game doesn’t do anything to tell you about, and it completely opens the floodgates: the legendary Limiter Cut. Simply easing off the gas pedal, shifting into reverse, pausing for a breather, and then switching back into drive while moving can propel your car well above its normal top speed, and you’ll keep on increasing your speed with each repetition. When you learn to use the Limiter Cut, you’ll discover how a six-digit run suddenly becomes feasible.

Despite the lack of confirmation, I’ve always assumed the Limiter Cut wasn’t a planned feature of Crazy Taxi. Because of the way the physics are designed, strange events will occur if you make frequent gear changes while simultaneously adjusting the car’s throttle and brakes. It’s clear that the Crazy Drift and Crazy Stop were planned, but the Limiter Cut always seemed like a pleasant side effect of the game’s zany physics. They’re a decent form of jank, yet their jankiness is entertaining.

Read More- How to Delete Your Telegram Account Permanently

The Limiter Cut and other such strategies get to the heart of what makes Crazy Taxi so enjoyable. The required skill level is low, but the potential upside is enormous. Over the past week, I’ve gotten back into gaming, playing my Dreamcast for hours each night without even trying, and nearly every night I’ve set a new personal best. I cannot recall having such experience with any other game. Being in the zone is like being in a perpetual state of improvement.

As you get better at the game’s physics, you’ll also learn the layout of the store and be able to remember the locations of specific clients. 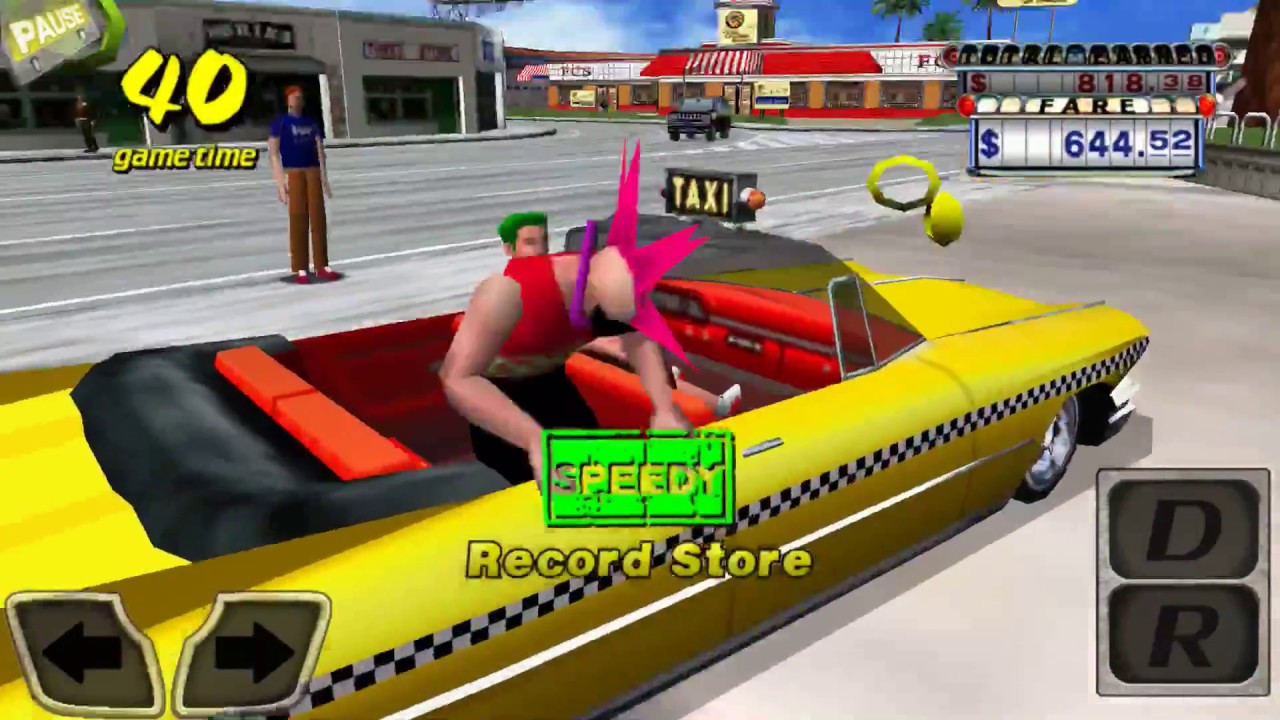 There seems to be more than one way to complete the Arcade course of the game. The map is not randomly generated like in a current open-world game, but rather it is linear and loops. If you can anticipate where clients will go, you can figure out a good path that works for you and start beating the place. This will save you time that you would have otherwise spent turning around. For my own convenience, the sooner I can go past the bus terminal, the better.

Crazy Taxi, which was first released for home consoles over 21 years ago to the day, is a wickedly intelligent, rewarding, and addictive game because of the clever blend of technique and strategy it employs. Even while I doubt I will ever master it, that hasn’t stopped me from trying to improve as much as possible, which is more than I can say about many other games. That’s how you know you’ve made an enduring game.