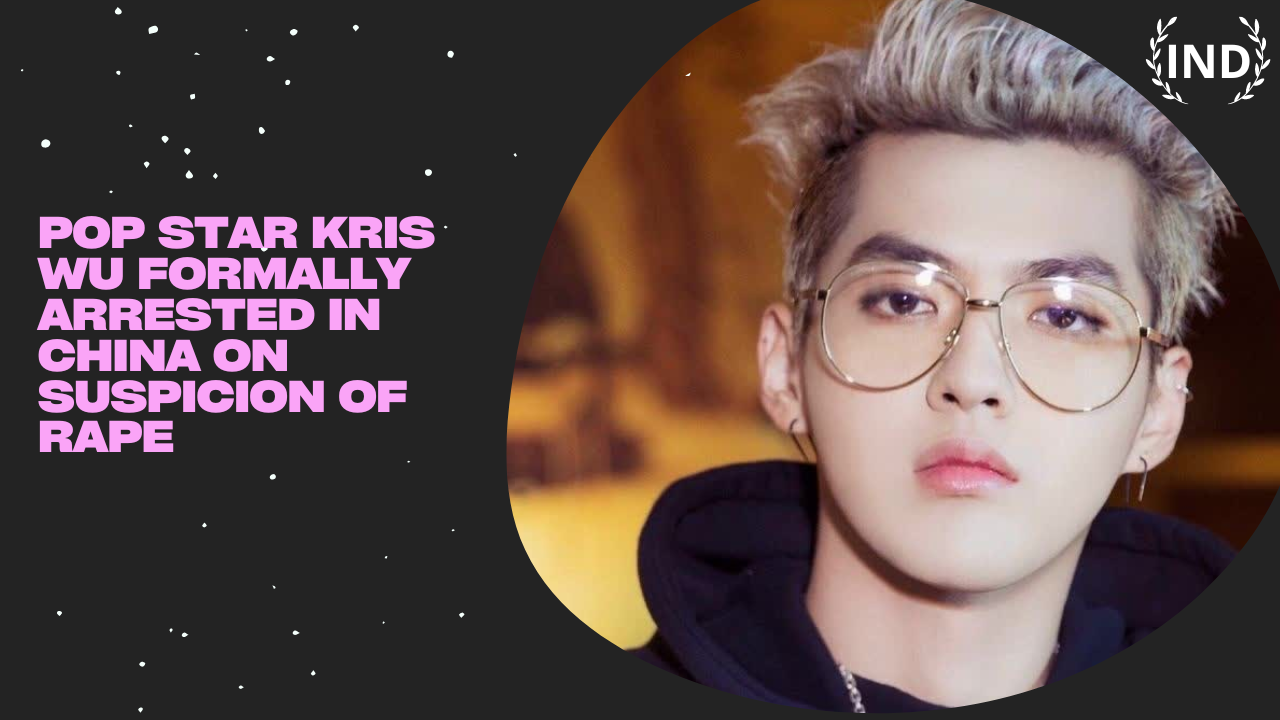 After an outcry over sexual assault allegations against Wu, 30, on social media, police in the Chinese capital initially detained him on July 31. This became the most prominent #Metoo case in China.

A lady going by the verified handle “Du Meizhu” on the Chinese social media platform Weibo said that Wu, whose Chinese name is Wu Yifan, had sexually attacked her while she was inebriated at the pop star’s home, where she had gone for a casting interview, last month.

The Beijing-based woman claims she was 17 years old at the time of the alleged assault, and she is currently a student at Communication University of China.

Later, Du said that other women, including two minors, had contacted her to tell her how Wu, one of China’s top performers, had also persuaded them into having sex with him. 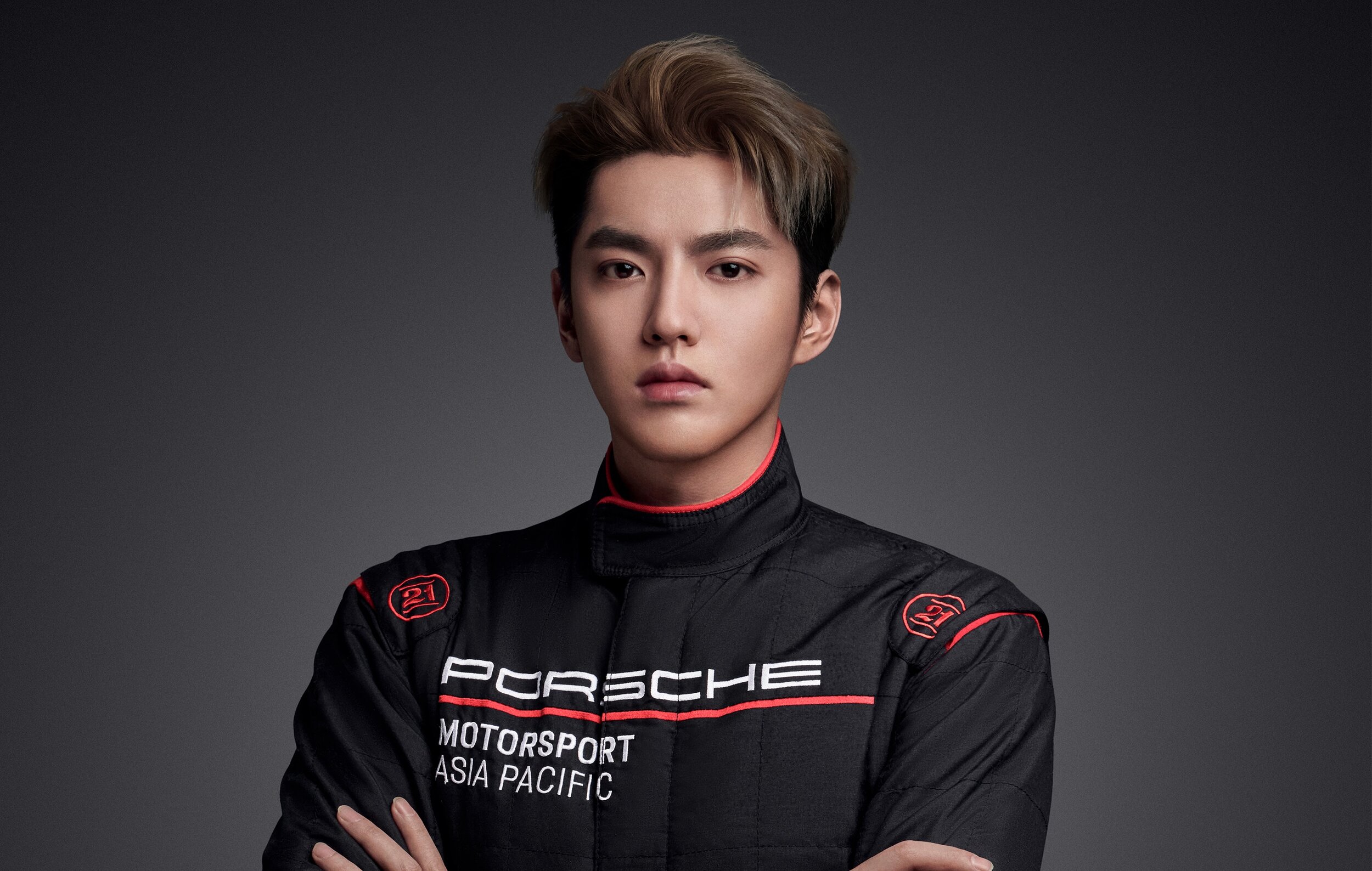 Briefly, the Beijing prosecutor’s office in the Chaoyang district said in a statement that Wu’s detention on Monday had been approved on suspicion of rape, but did not elaborate.

Before his detention, Wu had disputed the charges on his personal Weibo account. His employer has declared its intent to sue his accuser, labelling the allegations as “malicious rumours.”

Wu, a Canadian citizen born in southern China, first gained notoriety as a member of the successful K-pop group EXO before going solo in 2014. He became one of the most recognised faces in the country after starring in a number of films and modelling for companies like Burberry.

Many of his major business partners, however, distanced themselves when news of the rape claims circulated in July. Several major brands, including the French fashion firm Louis Vuitton, the Italian luxury brand Bulgari, and the Chinese cosmetics brand Kans, have either temporarily or permanently terminated connections with the star.

Detention simply served to hasten Wu’s precipitous decline. His once-hugely-popular social media profiles were deleted without warning, including his Weibo page that had 51 million followers. His music was also taken off of all the streaming services.

Most Weibo users sided with the authorities and expressed approval of Wu’s arrest after it went viral on Monday night. On Tuesday morning, a hashtag on Weibo about the incident had already been seen by 1.6 billion people.

The “me Too” Movement in China 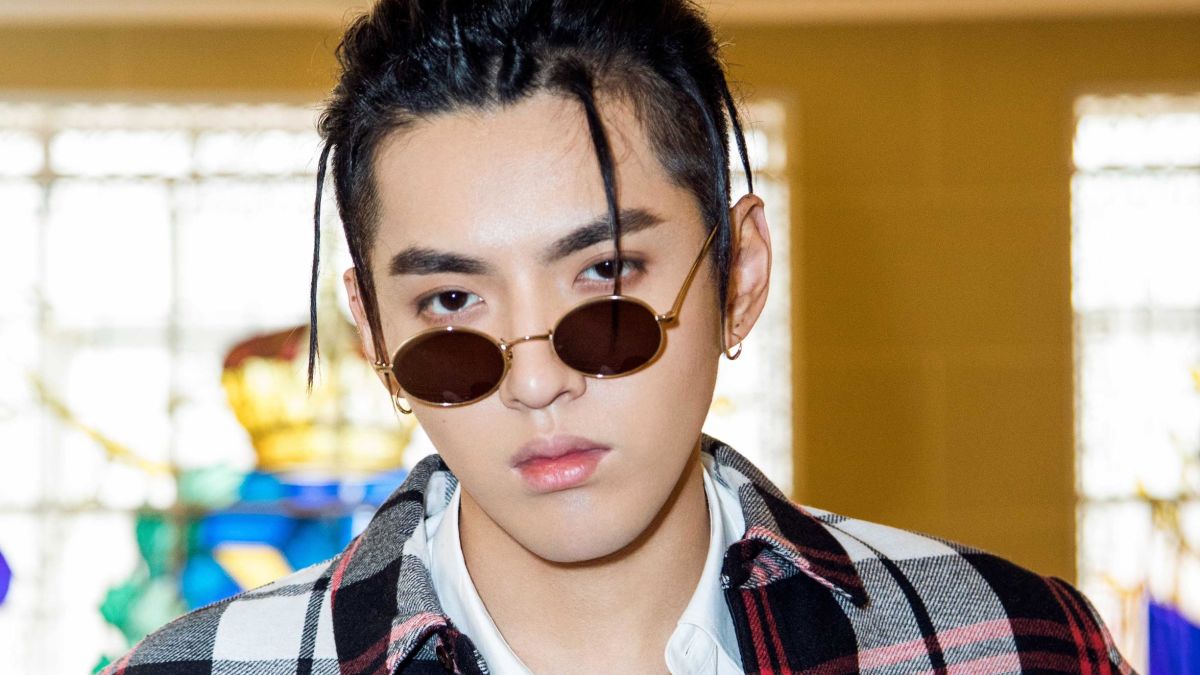 The #Metoo movement has exploded in China in recent weeks, and Wu’s case is just one of many. On Monday, the online retailer Alibaba said that it had fired an employee who had been accused of sexually assaulting another worker during a business trip.

Chinese social media users were outraged after both victims made public their charges of abuse, and police were called to investigate.

Some netizens lauded the government’ prompt responses, citing the two cases as proof that China’s rule of law and criminal justice system are successful. Others, however, raised suspicions, arguing that the cases’ notoriety only served to emphasise how unusual it is for survivors to come forward and demand redress.

Feminist researcher and activist Feng Yuan has observed, “It is unexpected that both cases have received such wide notice, considering (Kris Wu) and Alibaba’s prominent prominence.” Yet, as the article points out, “this also serves as a warning that for many other incidents of sexual harassment and assault, if the accused are not so renowned or important, (victims’) voices might not be heard at all.”

In China, Survivors of Sexual Assault Have Long Been Met with Widespread Official and Public Rejection

In 2018, with the rise of the #MeToo movement, this issue was brought to the forefront. Even more Chinese women were emboldened to speak out about their experiences with sexual harassment and assault, but the authorities rapidly shut down the movement by blocking the hashtag and other similar posts online.

Recent examples, they argue, prove the government is still hesitant to treat sexual misconduct as a systemic problem, preferring instead to report on isolated incidents and assign blame.

A government watchdog organisation, for instance, pointed to the Kris Wu case as an example of “the black hand of the capital” and “the wild growth of the entertainment business.” Also, the state-run Global Times newspaper wrote an editorial saying the Alibaba incident showed the need for more “legal and moral oversight” in the tech industry and that businesses should do a better job of balancing their “capital” with social ideals.

Activists claim that a lack of resources for victims of gender-based violence and widespread gender inequality are at the heart of the issue, although they are rarely mentioned in official discourse.

According to Lv Pin, a renowned Chinese feminist currently residing in New York, the government is reluctant to acknowledge public fury over these underlying issues since doing so could stimulate greater social mobilisation and activity.

Feng stated that neither of the accused victims who came forward in the Kris Wu nor the Alibaba incidents mentioned #MeToo, which is a trend that can readily invite restriction on social media.

Many campaigners nevertheless see optimism in the two instances, seeing them as evidence that the public wants to discuss sexual misbehaviour even if the government doesn’t.

Feng stated, “Whether people use the hashtag or not, the movement itself is #MeToo.” While several high-profile feminists’ social media accounts have been shut down, victims will always find new ways to get their messages out.